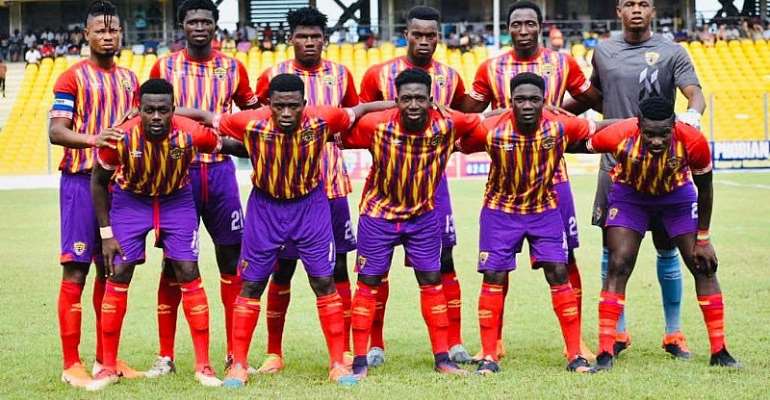 Accra Hearts of Oak have denied holding talks with Tunisian trainer, Tarek Jani as a replacement for Kim Grant.

The Phobian club parted ways with their head coach after losing to Berekum Chelsea on matchday one at the Accra Sports Stadium.

Reports have emerged that the former Ghana Premier League champions are in talks with the former San Pedro gaffer to take over the club.

However, Board Member of the club, Dr Nyaho Nyaho Tamakloe in an interview with Asempa FM debunked the reports adding that they have asked assistant coach, Edward Nii Odoom takes charge of the club.

“We are not engaging the services of any coach,” he said.

“We have asked assistant coach, Edward Nii Odoom take charge of the club and stabilize it. We are hoping to return to winning ways against Medeama SC but the board do what will be in the best interest of the club,” he added.

Hearts of Oak suffered a heavy defeat to Medeama SC losing 3:0 in the matchday two of the Ghana Premier League under Edward Nii Odoom.

The club is without a point after two matches played.