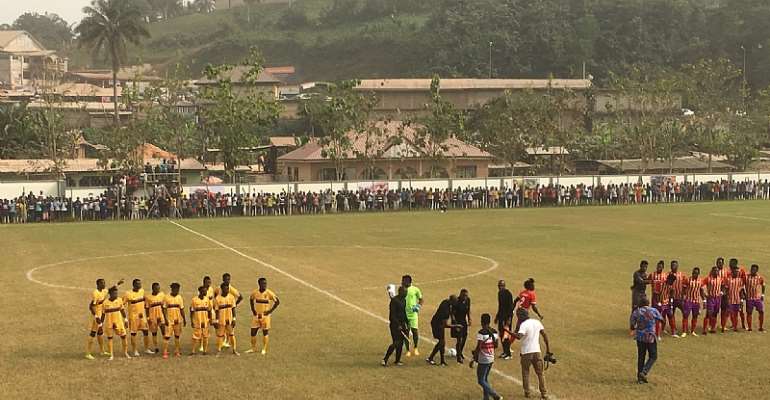 Medeama SC has imposed a 3-0 win over Accra Hearts of Oak this afternoon in a Match Week 2 fixture of the 2019/2020 Ghana Premier League season.

The two top-flight clubs went into the match on the back of contrasting results from Match Week 1. While Medeama SC recorded a 4-1 win against Ebusua Dwarfs, Hearts of Oak lost by a goal to nil against Berekum Chelsea.

Determined to get back to winning ways, the Phobians visited the Tarkwa Akoon Community Park today hoping to beat the Yellow and Mauves side for the available 3 points.

Their efforts have however not been enough today as they have been forced to succumb to a second successive loss.

Medeama SC took the lead after just 3 minutes of play when Prince Opoku Agyemang converted a penalty kick. The attacker remained sharp and scored his second on the day after the half-hour mark to complete his brace while handing his side a two-goal cushion to take into the halftime break.