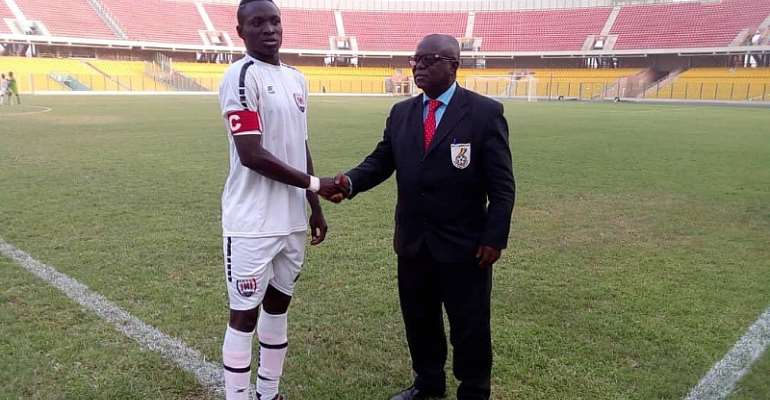 Captain for Inter Allies, Victorien Adje Adebayor has been adjudged the ‘Man of the Match’ in the team’s 2-1 win against Bechem United on Saturday afternoon in the Ghana Premier League.

The 23-year-old Nigerian was handed a starting role for his club today and put up an impressive performance that powered the side past their Match Week 2 opponent of the Ghanaian top-flight league.

Inter Allies who played as the home team at the Accra Sports Stadium took a deserved lead on the 8th minute courtesy a strike from Kwabena Kyeremanteng before it was canceled by Bechem United attacker Salifu Moro.

A good performance from both teams from there on proved that it was anybody’s game to win.

Inter Allies who showed more desire grabbed the important second goal on the 43rd minute that separated them from Bechem United at the end of the 90 minutes.

It was Captain Victorien Adje Adebayor who showed potency in front of goal to fire in a very good strike.

At the end of the match, the overall good performance from the forward has earned him the ‘Man of the Match’ award.