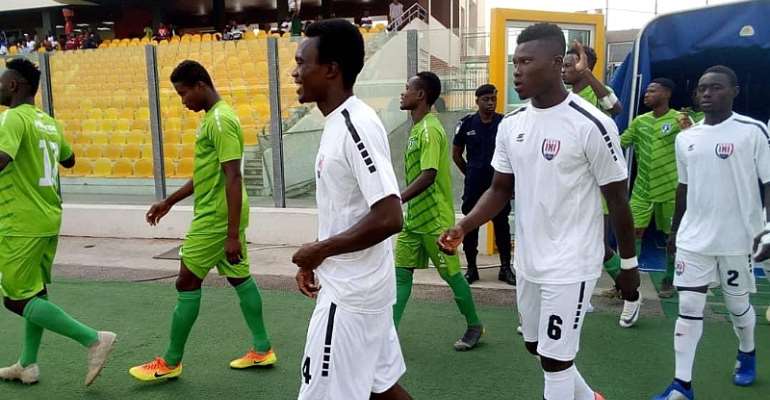 Inter Allies has grabbed its first 3 points of the 2019/2020 Ghana Premier League season after defeating Bechem United 2-1 at the Accra Sports Stadium on Saturday afternoon.

The Tema-based side kicked off its campaign in the competition with a disappointing 4-0 loss at the hands of Aduana Stars when they visited the Nana Agyemang Badu Park last weekend.

Determined to recover from that defeat and get their season back on track, Inter Allies hosted Bechem United and tamed them on the back of a very good first-half performance.

Kwabena Kyeremanteng shot the winners into the lead after 8 minutes after they had shown promise in the early part of the encounter.

Though Bechem United equalized to draw level through Salifu Moro on the 22nd minute, Inter Allies poster boy Victorien Adje Adebayor sealed the win for the side courtesy a 42nd-minute strike.

The second half of the match remained competitive with both clubs creating some good goal scoring opportunities. Failure to show potency in front of goal meant that the match eventually ended 2-1 in favour of Inter Allies.