VIDEO: Hearts Of Oak Wrap Up Training Ahead Of Clash With Medeama SC 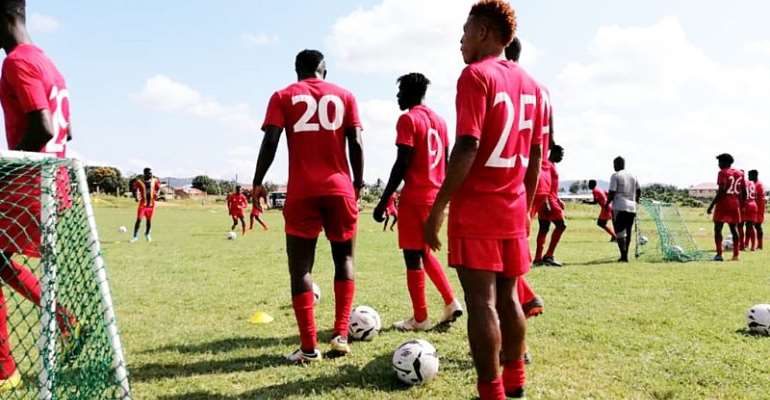 Accra Hearts of Oak has wrapped up training in Tarkwa today as they gear up towards their cracking fixture against Medeama Sporting Club (SC) in the Ghana Premier League.

The two top-flight clubs have been billed for a titanic encounter on Match Week 2 of the recently started domestic league season this weekend.

The Phobians after losing their opening day fixture against Berekum Chelsea at the Accra Sports Stadium is now looking for a win to get them back on track.

Medeama SC, on the other hand, will try to dispatch their guests on the Matchday to ensure they make it two wins out of two following their victory against Ebusua Dwarfs last weekend.

Having arrived in Tarkwa for the crucial match, interim Hearts of Oak coach Edward Nii Odoom has trained with his lads ahead of the challenge that awaits them tomorrow afternoon.

The match will be played at the Akoon Community Park and will kick-off at 15:00GMT.

Catch a glimpse of the final training session of the Rainbow lads below.