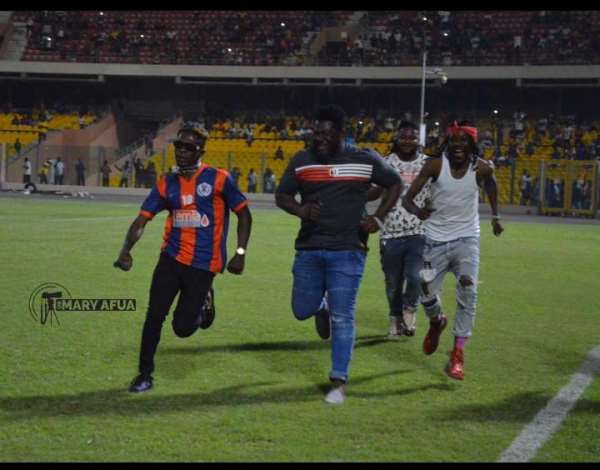 Charles Nii Armah Mensah, known in showbiz as Shatta Wale was at the Accra Sports Stadium on Friday night to thrill fans with his performance as he garnished the Ghana Premier League clash between Legon Cities FC and Asante Kotoko.

Following the return of the domestic top-flight league, the entire football fraternity is hopeful of seeing the game develop while awakening the love and interest of the general public.

As a way of providing side attraction for supporters during their Ghana Premier League Match Week 2 encounter with Kotoko, Legon Cities FC reached an agreement with Shatta Wale to have him perform on the matchday.

At halftime at the Accra Sports Stadium yesterday, ‘the Thunder Fire’ hitmaker picked up the microphone as he treated the spectators to several of his hit songs.

Watch the full performance of Shatta Wale in the video below.

At the end of 90 minutes of football, Asante Kotoko managed to climb from behind to record a 3-1 win against Legon Cities FC.