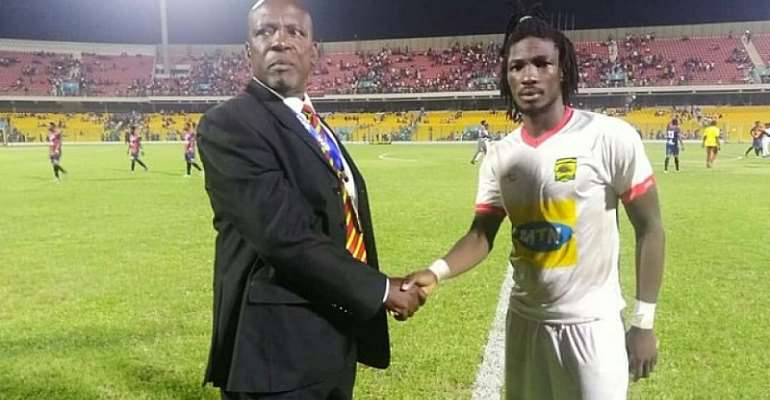 Asante Kotoko striker, Songne Yacouba was named the best player after his side managed to beat Legon Cities FC 3-1 in their week two clash at the Accra Sports Stadium.

The Burkinabe star played an instrumental role in their away victory to extend their unbeaten streak in the ongoing season.

Brace from Emmanuel Gyamfi and a first-half strike from Augustine Okrah which equalised Greek-Ghanaian forward Payanotis Papadopoulos's strike on the tenth minute propelled the Porcupine Warriors to an away victory.

Yacouba assisted the third goal netted by Emmanuel Gyamfi on the hour mark.

The 26 year ol was replaced by Naby Keita in the dying embers of the match.