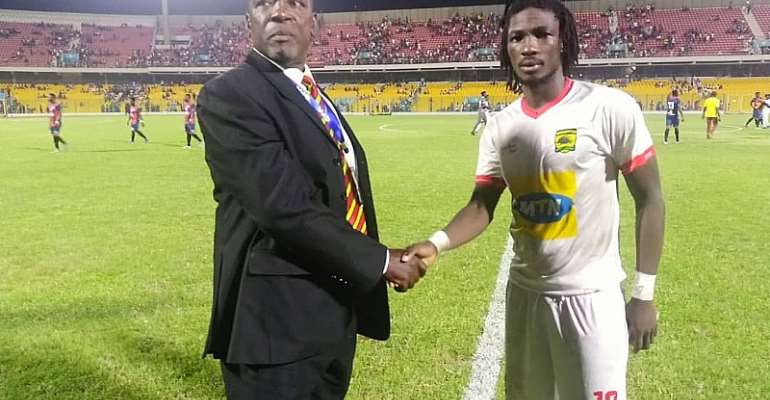 Burkinabe striker Sogne Yacouba has been adjudged as the ‘Man of the Match’ in the Ghana Premier League match between Kumasi Asante Kotoko and Legon Cities FC.

The striker of the Porcupine Warriors was handed his second start in the ongoing 2019/2020 Ghanaian top-flight league to help his club compete for 3 points against the Royal club.

He did not disappoint his manager as he put up an outstanding performance throughout his stay on the pitch. In the first half, he was a thorn in the flesh of the defensive setup of Legon Cities FC.

Though he was kept at bay by center-backs Isaac Paintsil and Mohammed Suleman, Sogne Yacouba remained resilient and drew a couple of fouls on several occasions.

On the 34th minute, he linked up with Augustine Okrah with a well-weighted pass which produced the first goal for Kotoko to bring them level after they had gone down by a goal to nil on the 10th minute.

He didn’t stop there, he showed his class in the second half and played a big role in his side’s third goal of the match that sealed the victory for the visitors. He cleverly went past his man on the flanks before sending in an elusive cross that found Emmanuel Gyamfi at the far post.

With the goal at his mercy, the winger scored to complete his brace while handing Kotoko a 3-1 win over Legon Cities FC.

The two assists from Sogne Yacouba on top of his hard work on the day earned him the ‘Man of the Match’ award at the end of the pulsating encounter.