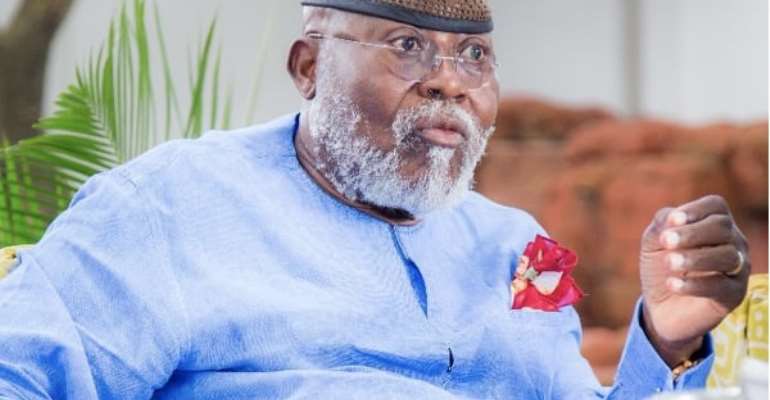 Board chairman of Hearts of Oak, Dr Nyaho-Nyaho Tamakloe has unequivocally maintained that the board of the club is in charge of running the affairs and insisted no one can hold the club to a ransom.

The Phobian club have been under pressure after losing to their first match of the new season at the Accra Sports Stadium.

The club is hoping to end their long absence of trophyless jinx but it seems the misery still pending after parting ways with their gaffer.

Multiple reports in the local media suggest that majority shareholder of the club, Togbe Afede XIV takes decision without consulting other board members of the club.

However, the astute football administrator has quenched that reportage insisting no one at the club can hold them to a ransom.

“Every board in the world have their aims and priorities and if you take a look at the board of Hearts of Oak, no one is dictating to us,” he told Asempa FM on the Ultimate Sports Show.

“We vote and get to do the right thing because we are responsible to our followers.

“As it stands, we don’t owe any of our players and no club in this country have the kind of project we are doing at Pobiman.

“I am appealing to the supporters to stay calm because one will can take us at a ransom.

“The chairman of the board cannot dictate to anyone on the board. I am convinced that no club have the kind of unity we have as a club.

“We inject money into the club and no one can dictate to us what we have to do. We debate, have meetings and argue but it does not mean we are enemies.”

Reacting to the sacking of head coach, Kim Grant, he said the former Ebusua Dwarfs trainer failed to produce the required certificate to the board of the club and added that the decision to show the coach the exit is the best for the club.

Kim Grant was sacked on Tuesday, December 31 after losing to Berekum Chelsea in the first match of the 2019/20 Ghana Premier League season.

“Kim Grant told us he is a license B coach and pleaded we give him more time because he has finished writing the license A certificate but we realized he cannot produce the required certificate.

“The board thought through carefully and the best decision has been taken.

“We have asked Edward Nii Odoom to take charge of the club and stabilize the club before we bring in a new coach.