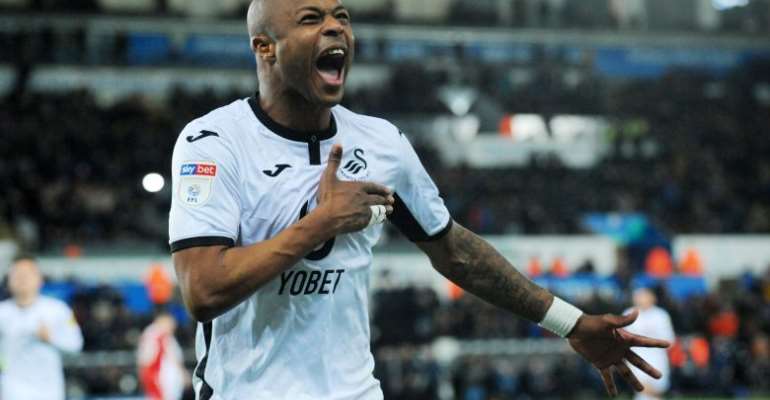 Black Stars skipper, Andre Ayew has been voted the best player in the English Championship for the month of December.

The former West Ham star was rated 7.9 by whoscored.com to be crowned the best player in the second tier of English football.

Ayew found the back of the net five times for Swansea in six games during the month of December that ended the first round of games for the 2019/2020 season.

The 30-year-old had a short stint on loan at Fenerbache during the 2017/18 season during which he scored 5 times for the Turkish giants before returning to Swansea in January 2019.

The former Olympique Marseille and West Ham player has been in superb form for Swansea with an impressive 24 games scoring 9 times with 4 assists.

Andre will be hoping to continue his brilliant form against Queens Park Rangers on Sunday in the Skybet Championship.