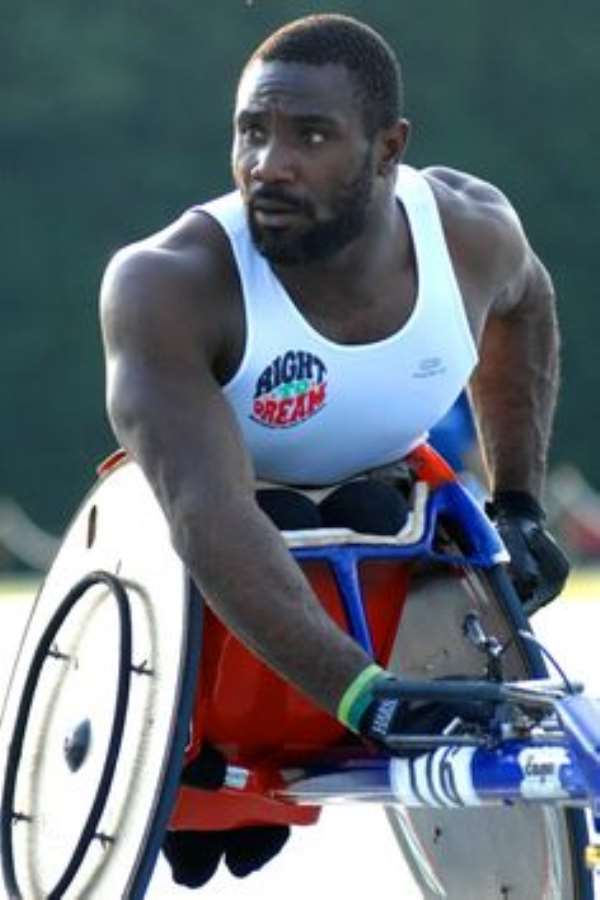 Botsyo Nkegbe, the first Ghanaian Para-Athlete to Qualify for the 2020 Paralympic games in Tokyo secured the spot after winning the T54 World Wheelchair 100m race by breaking and setting a new African record with a new personal best of 14.22s at the Desert Challenge Games in Arizona, USA.

Botsyo believes his nominations is due to hard work his team (Botsyo for Gold). Currently he holds 3 gold medals, two international and one local.

Being nominated for the position already sets a record in the history of the SWAG Awards for being the first male para- athlete to be nominated for the award after his female colleague Ajara Mohammed was shortlisted and won it in 2011.

Meanwhile, Raphael Botsyo Nkegbe who has been named Para-Athlete of the Year 2019 has set up his New Year Resolution after a fruitful 2019 season.

He has plans of improving upon what was done last year by not just being a participant but a competitor in Tokyo 2020 Paralympic Games.

He wants to win Ghana’s first medal as para- athlete. Nkegbe is the first Ghanaian Para-Athlete to Qualify for the 2020 Paralympic games in Tokyo.

He has plans of unveiling personal sports wear in 2020, and the Sport Writers Association Ghana Awards nomination has motivated him specially.

The 45th MTN SWAG Awards will be held at the Accra International Conference Centre.