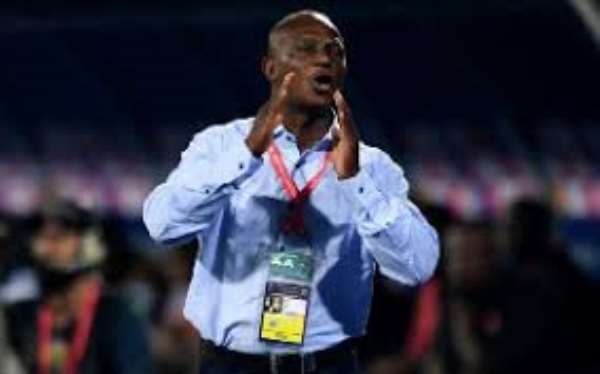 Head coach of the senior national team the Black Stars of Ghana, Kwesi Appiah has been sacked by the Ghana Football Association.

The 54 year old has been under intense pressure after failing to win the 2019 Africa Cup of Nations in Egypt.

Multiple reports suggested that the FA were on the verge of renewing the contract of Kwesi Appiah after it expired in December 2019.

However, a statement released by the country's football governing body on Thursday evening indicates that all technical teams for various national teams have been dissolved including the Black Stars.

The Ghana FA extended their best of luck wishes to the various technical teams.

Below is the full statement released by the FA
The Ghana Football Association (GFA) has dissolved the technical teams of all national teams with immediate effect.

The decision affects both male and female national teams.

The GFA extends its appreciation to all coaches and members of the respective national teams for their contributions to our teams and Ghana football.

We wish them all the best in their endeavors.