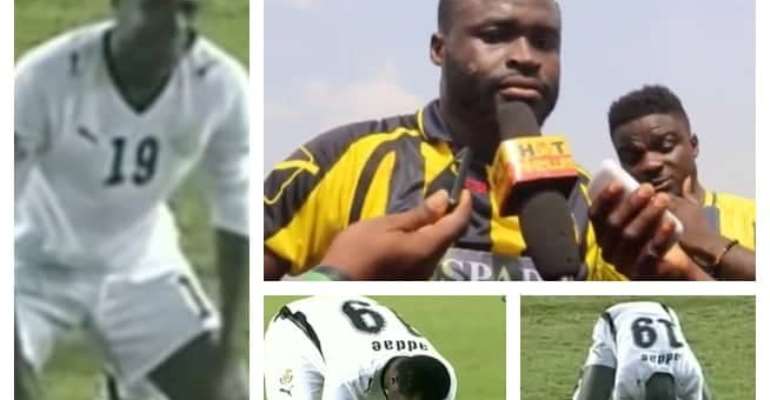 A Member of the 2009 FIFA U-20 World Cup-winning Black Satellites team Bright Christopher Addae has indicated candidly that missing his Penalty kick during the finals of the tournament against Brazil in Egypt was a blessing in disguise for him.

Ten-man Ghana’s Black Satellites won the 2009 FIFA U-20 World Cup by defeating Brazil in a sudden death penalty shoot-out after the two teams failed to break the deadlock in 120 minutes of football. During the penalty shoot-out, Bright Addae and Jonathan Mensah were the two Ghanaian Players to miss their kicks.

First, Alan Kardec, and Giuliano from Brazil, Captain Dede Ayew and Samuel Inkoom from Ghana traded successful penalties, but Brazil got the first advantage after seeing Douglas Costa score and Jonathan Mensah miss. Brazilian player Souza then had his penalty saved, but Bright Addae failed to reduce the deficit when his strike from 12 yards was comfortably claimed by Brazil’s goalkeeper Rafael.

That left Maicon with the chance of winning it for Brazil, but he blasted the chance high over the bar. Ghana’s Dominic Adiyiah who was adjudged the best player of the tournament kept his cool to take the shoot-out into sudden death.

Ghana’s goalkeeper Daniel Agyei denied Brazil’s Alex Teixeira before Agyemang-Badu made the victory certain with the decisive spot-kick. The Black Satellites became the first African team to ever win the FIFA U-20 World Cup.

Speaking in an exclusive interview with HotNewsGh TV's Sportiger Amuzu in line with how he feels after missing his Spot-kick a decade ago, Bright Addae revealed that missing the Penalty was a blessing in disguise.

According to the former Berekum Chelsea defender who now plays his professional football for Serie B club Juve Stabia in Italy, he has become very popular after missing the spot-kick and still reigning as one of the best players in the country now.

“That Penalty miss, I am the only one who understands it because that time no one knew me(Bright Addae)…God has a way of blessing people; I believe God used that Penalty miss to bless me…After missing the penalty in 2009, i have become very popular and still reigning as one of the best footballers so I think the feeling is OKay”.He told Sportiger Amuzu