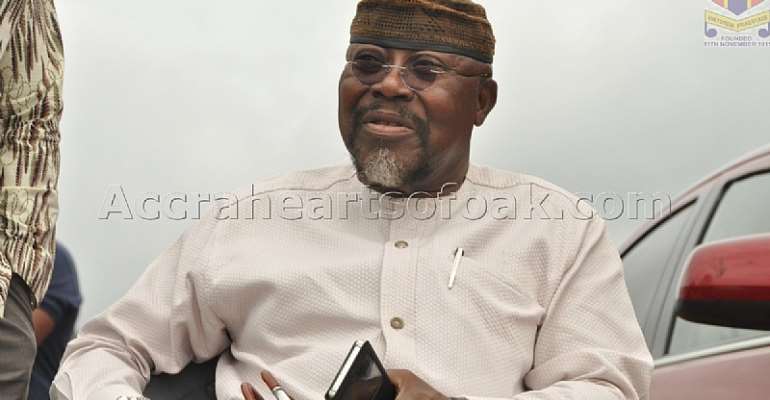 Dr Nyaho-Nyaho Tamakloe, a board member of Accra Hearts of Oak has admitted that his outfit begun the 2019/20 Ghana Premier League on a bad note but will be crowned champions at the end of the season.

The Phobians kicked off their first match by losing to Berekum Chelsea by a lone goal at the Accra Sports Stadium.

The defeat influenced the decision of the board to part ways with the head coach of the club, Kim Grant.

However, the astute politician says they started the Premier League on a bad note but they are on course of ending their nine years trophyless jinx.

“I was at the stadium and what I saw was very bad. We started the league on a bad footing and all these accounted to the decision of the board because we were alarmed by the output of the coach and the players,” he told Asempa FM.

“I am convinced Hearts of Oak will return to winning ways and we still maintain our fate that we will win the league because the rest of the clubs did not exhibit anything different on matchday one.

“We have series of matches to play so it is too early to rule out Hearts of Oak from winning the Ghana Premier League,” he added.

Hearts of Oak will play Medeama SC in the matchday fixture of the Ghana Premier League in Tarkwa.