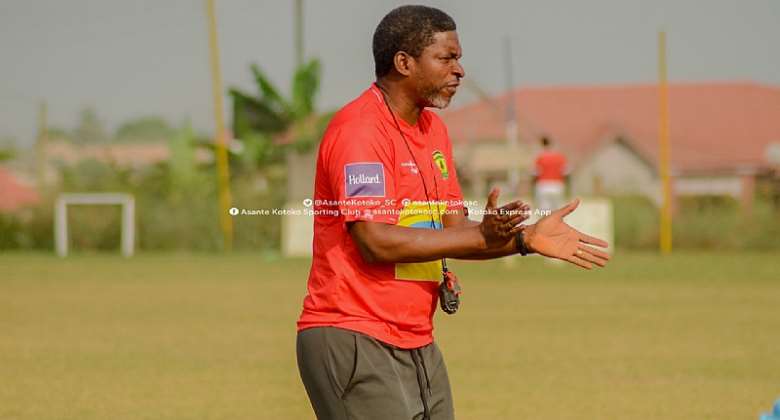 Head Coach For Kumasi Asante Kotoko, Maxwell Konadu has revealed that the target of his team is to defeat Legon Cities FC this weekend when the two clubs lock horns on Match Week 2 of the 2019/2020 Ghana Premier League season.

The Porcupine Warriors are in a good position at the early stages of the top-flight league after recording a 1-0 win against Berekum Chelsea on the opening weekend of the campaign.

Now set to play as a guest to Legon Cities FC, the Kotoko manager is hoping to cruise to another win and has set sight on seeing off the challenge of the home team.

In a pre-match interview on the club’s YouTube channel, Maxwell Konadu said: “We know the team we are going to meet is a young team. They have a lot of young players that can run a lot and we are bracing ourselves for the threat they pose. Of course, we are Asante Kotoko. We will go out there and play our game”

He continued, “We will make sure that we control the game and we will try to win the game for our fans. We created numerous chances [against Berekum Chelsea last Sunday] that at least two, three would have been okay for us. That is what we have worked on. We want to put a lot of goals past our opponent”.

The Match Week 2 encounter between Asante Kotoko SC and Legon Cities FC will kick off at 18:00gmt at the Accra Sports Stadium on Friday, January 3, 2020.