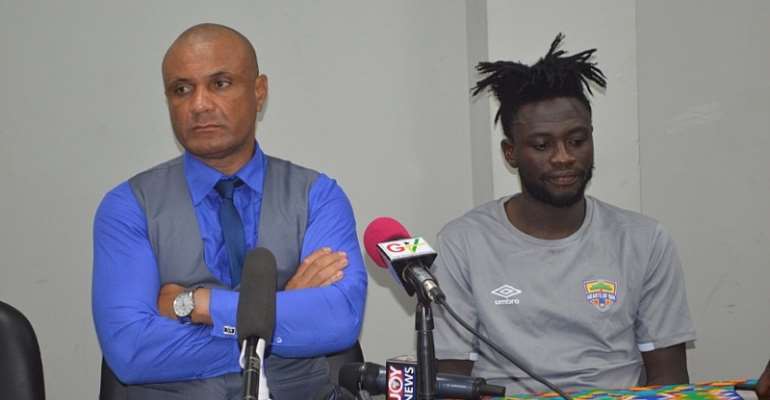 Former gaffer of Hearts of Oak, Kim Grant says the club did not give him enough time to restore the pride of the club.

The former Ghana international was shown the exit on Tuesday after losing to Berekum Chelsea at their home grounds.

"Dear Phobians, I have now left my post as director of football and head coach of Accra Hearts of Oak and would like to thank you unconditionally for the amazing support throughout this last year," Grant wrote on social media after Hearts announced an end to his tenure.

"I only wish I was given time to bring success to this great club, which I know and believe I would have achieved the success you the supporters deserve.

"I wish all involved in the club future success and as one door closes another door opens.

"A happy and healthy New Year to all.
"Phooooooooobia, Never Say Die until the bones are rotten!!!!!!!"

There have also been recent questions about his coaching certification and qualification.

A 2-1 loss to arch-rivals Asante Kotoko in the 2019 Ghana President's Cup also did little to help his situation.