Paul Pogba To Have Operation On Ankle Injury 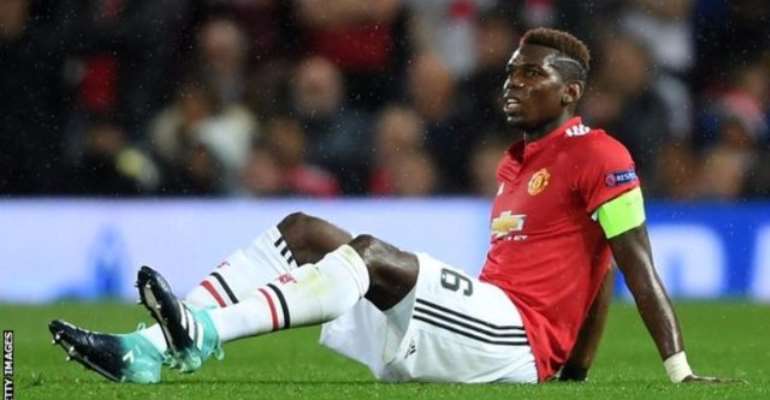 Manchester United's Paul Pogba is expected to undergo an operation on an ankle injury and is set to be out for "three or four weeks", says manager Ole Gunnar Solskjaer.

Pogba was not in the United squad for the New Year's Day defeat at Arsenal.

The France midfielder only made his comeback last month from an ankle problem that had kept him out since the end of September.

"We've had scans and it's nothing major, but it's something that has to be dealt with," said Solskjaer.

"He's been advised to do it (the operation) as soon as and we will probably do it as soon as, so he will be out for three or four weeks.

"It's a big blow because Paul is out now and Scott (McTominay) is also injured, he is out for a few months.

"We just hope that Paul can come back in a month-ish. But if Fred and Nemanja (Matic) played like they did today I will be happy."

Pogba has played only eight times this season after having surgery in the autumn to correct another ankle problem.

The 26-year-old's comeback was then delayed by illness , meaning he did not resume training until mid-December.

The former Juventus midfielder made substitute appearances against Watford and Newcastle before being rested for Saturday's win at Burnley.

Solskjaer said last month that Pogba would not be sold in January.