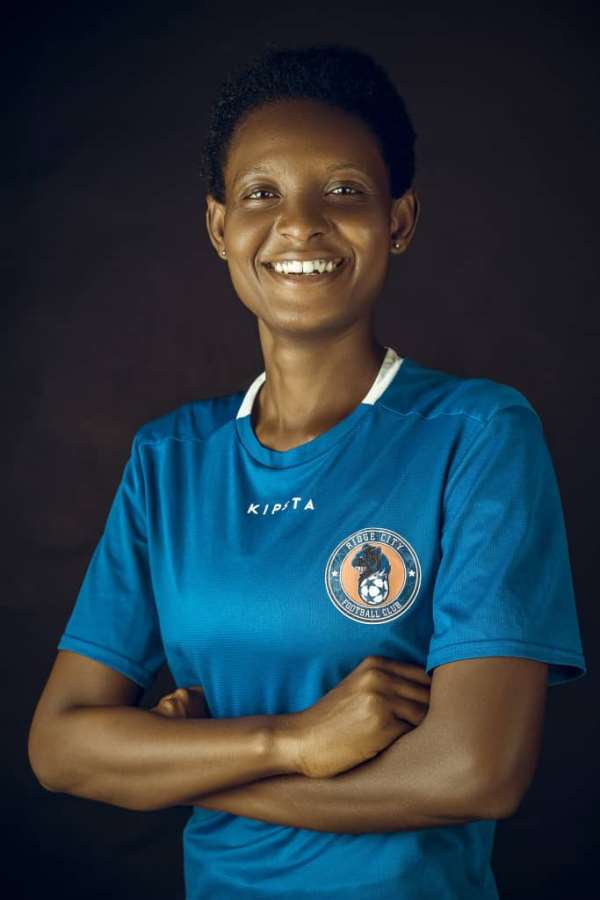 Women's football in Ghana though not the best has produced lots of great talents such as Adwoa Bayor, Ama Pele and many others to show their skills at international assignments.

Today on 360 connect we get to expose a young female footballer and a student of the University of Ghana, Legon.

"Faraday 10" is currently pursuing her master's degree in theatre arts at the University of Ghana, Legon.

"Faraday 10" is the founder of Choose life Ghana foundation. An NGO that sees to throw more light on Suicidal issues.

She is a movie director.

In her own words;

How many times have you played in GUSA Games?

Which year did you Captain UG women's team?.

How many goals have you scored in all competitions?.

"I've scored 18 goals in all competitions, the most memorable one is a goal I scored against KNUST"

What inspires you to play football?

"Wanting to do more with the feminine character ones deprived of the opportunity to play".

What's your view on the current women's league in Ghana?

"The new phase is a very good one, it appears the future got a lot of greater things and I'm trusting the new executive for better development of the league".

"Number 10 basically because of my role models in football (Mata & Messi) In the absence of the 10 jersey, I eye the 3 jersey because of my all-time favorite player, Asamoah Gyan who is good at saving the day in a dying minute".

Wrapping up on the exclusive chit chat, the young and skillful forward mentioned, she would be more than happy to play for the Black Queens of Ghana if called.