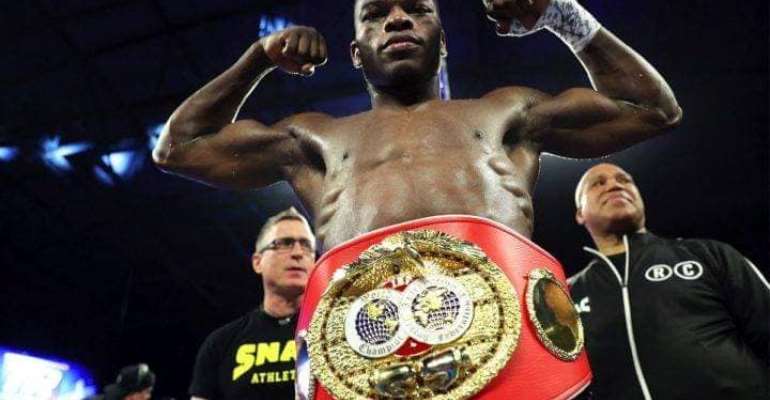 Boxing gurus in Ghana have commended the Sports Writers Association for voting Richard Oblitey Commey as 2019 Professional Boxer of the Year as well as being nominated for the Sports Personality of the Year.

Former coach of Commey, Carl Lokko of Bronx Boxing Gym said it is good motivation for the former champion to come back stronger and better. “He is capable of coming back like other great champions. I am always proud to be known as the one who discovered Commey and exposed him to the boxing world” he expressed.

National coach Ofori Asare said for SWAG to have considered nominating him as Best Sports Personality of the Year is very encouraging for other boxers to know that if they work hard, they will be recognized and rewarded.

He stressed that so many things happen in boxing and Commey lost the IBF Lightweight title due to many issues, but he can come back and win again.

Nii Mustapha Nettey of Boxing Ghana and Secretary of the Ghana Boxing Supporters Union (GBSU) was of the view that SWAG has done very well to inspire Commey, and the award will ginger him on to win bigger titles.

“Boxing is sports, one can win, lose or draw and life goes on. We are very sure Commey will return in a grand style. We thank SWAG for the encouragement and we promise to promote our boxers to the highest levels” he said.

Ekow Asmah, a boxing writer also lauded the sportswriters for recognizing the feat of Commey, who gave Ghana a prestigious world title in February 2019 and lost it in December 2019 which is very sad.

According to Asmah, boxing continues to give Ghana true world champions and so it would be ideal if government and companies invest in boxing.

Ataa Eddie Pappoe, an international boxing referee/judge also hailed SWAG for naming Commey, because in 2019, he was the most shining sportsmen, and boxing is not an easy game, so for him to win the IBF belt and defend it is a good achievement.

He urged the media to promote boxing like they are doing to football.