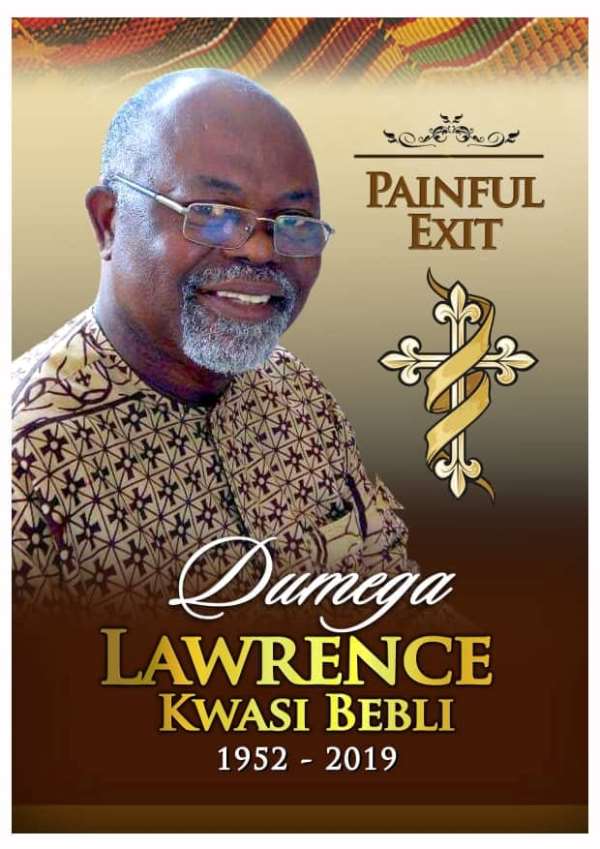 One of Ghana’s finest Sports Journalists and football commentators, Tony Bebli lost the father in the wee hours of 24th December, 2019 after a short illness.

The former Multimedia journalist and currently with the EIB Network was shocked by the painful exit of the father on the day before Christmas.

Dumega Lawrence Kwasi Bebli was an ex-Police officer with the CID (Anti-Armed Robbery) in the ’70s, 80’s and 90’s till he went on voluntary retirement in the early 2000s

The former chief inspector trained by the FBI was survived by a wife, three children and scores of grandchildren.

His internment comes off 28th March, 2020 in Adafienu in the Volta region where he hails.

He was a staunch Catholic and a Marshallian (Worthy Brother).

Meanwhile, members of the sports press have sent their condolences to their colleague.