Mario Balotelli Involved In Accident While Returning From Night Club 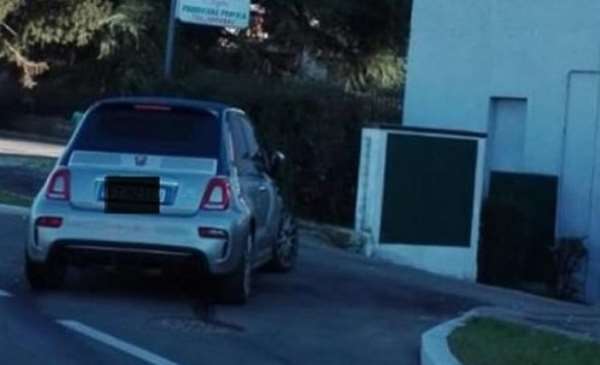 Controversial striker Mario Balotelli was involved in a car crash at 5am while returning home from New Year's celebrations at a night club in the Italian city of Brescia.

According to Corriere della Sera, Balotelli's new Fiat 500 Abarth ended up smashing into a gate of a bakery not far from his home after his friend, who was driving, made a wrong manoeuvre and clipped the kerb.

Balotelli, 29, and his friend both emerged from the accident unscathed but the car suffered severe damage to its front axle.

The former Manchester City and Liverpool striker, who now plays for his hometown club of Brescia, was returning home from celebrating the start of the New Year with friends in a city nightclub at the time of the crash.

Balotelli left the car on the street and walked the few hundred yards back to his home in Mompiano.

A tow truck later came to remove the car, which is expected to be written off.

Balotelli has often been the centre of controversy during his career, most notably in October 2011 when emergency services were called to his £3million Cheshire home after he caused a fire by letting off fireworks in his bathroom.

The Italian was then a City player, and he went on to score two goals in a 6-1 win over arch-rivals Manchester United the following day and celebrated by lifting his shirt to reveal the written message: 'Why always me?'

While at City he was also pictured scrapping with team-mates on the training field, as well as his own manager, Roberto Mancini. He has fallen out with a string of players and managers, including Jose Mourinho at Inter Milan.

This season has also been turbulent, despite returning to the club he supported as a boy.

Balotelli suffered racial abuse during a match against Hellas Verona. He then kicked the ball into the crowd and threatened to walk off the pitch in protest before being convinced to play on.

Balotelli, who has scored four times in 12 games for his boyhood club this season, has attracted interest from several clubs in Turkey.