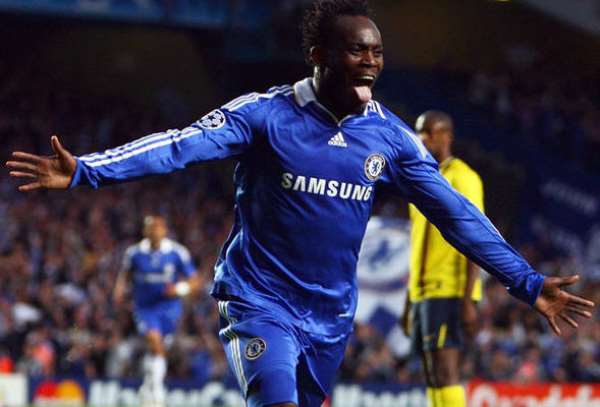 Ghana legend, Michael Essien has expressed his excitement after been named in Chelsea's team of the decade.

The 36-year-old was named alongside some Chelsea greats such as John Terry and current coach Frank Lampard.

The polls was voted for mainly by the club's supporters and the former midfielder who spent the most part of his career at the London club made the cut.

Essien was paired in the middle alongside midfield dynamo Ngolo Kante, current coach and former teammate Frank Lampard in a 4-3-3 formation.

Essien joined Chelsea in 2005 from French side Olympique Lyon for a then African record transfer fee of £24.4 million.

He spent nine years at Chelsea where he netted seventeen goals in 168 appearances and won several trophies including the Champions League in 2012.

Essien is currently a player-coach at Azerbaijan Premier League side Sabail FK.