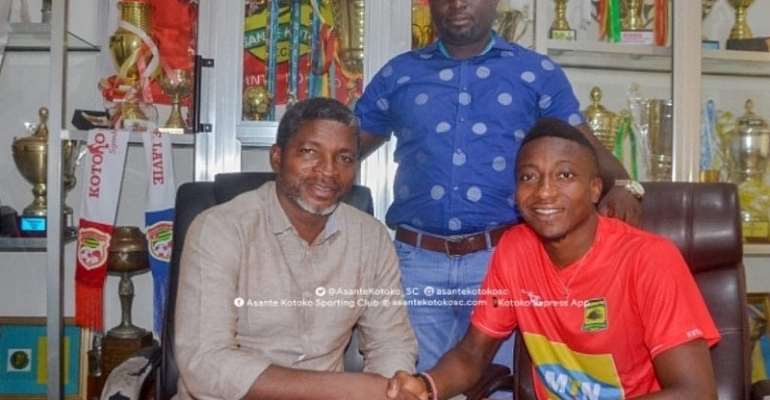 The 26-year-old signed a three-year contract extension at the club after months of speculations.

The former WAFA shot-stopper was reported to have requested to be on a $1200 monthly wage to make him a joint highest-paid player at the Club.

After meeting with Management, both parties settled on a GHC4000 monthly salary.

This could see the former Ghana U20 goalkeeper become the third highest-paid player at the Club after Ugandan George Abege and Burkinabe forward Songne Yacouba.

The goalkeeper is currently the longest-serving member in the Kotoko team.

The Asante Kotoko skipper and goalkeeper will stay at the club until 2023.