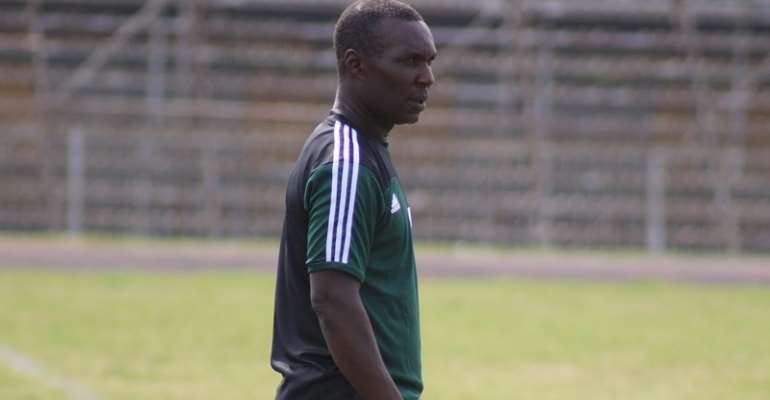 Accra Hearts of Oak have named Edward Nii Odoom as head coach of the club on interim basis following the departure of Director of Football, Kim Grant.

The club confirmed the sacking of the former Elmina Sharks technical director on Tuesday evening.

Hearts, in their brief statement on Twitter, asked fans of the club to back the new coach during his tenure.

The former Tema Youth coach was originally appointed the assistant to then Hearts of Oak caretaker coach, Henry Wellington in 2018.

He takes over the club following their disappointing 1-0 loss to Berekum Chelsea in their Ghana Premier League opener.

Kim Grant was appointed Hearts boss in December 2018 but speculation over his potential termination dogged the club prior to their opening day defeat.