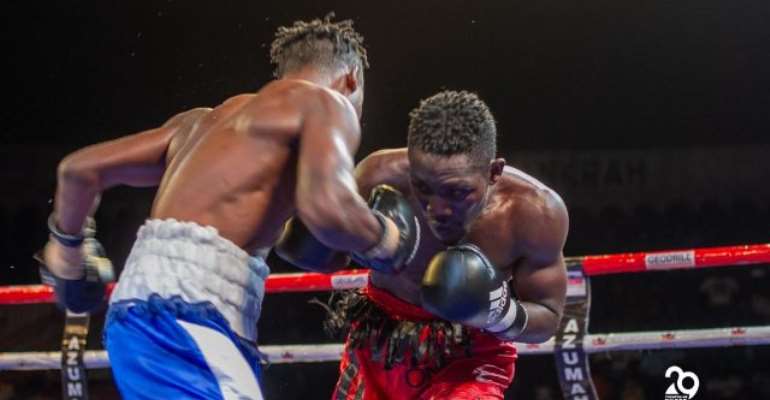 This year’s instalment of the Azumah Nelson Fight Night wrapped up on a note of big drama – worthy contender Benjamin ‘Daddy Lumba’ Lamptey threw away what could have been a sweet win, by refusing to answer the bell for the 10th round. This handed a TKO win and the PBC (Professional Boxing Council) Commonwealth and interim Ghana lightweight title to Michael ‘One Bullet Ansah.

Joy Sports checks indicate that one card scored 97-98 in favour of Lamptey with the remaining two scoring 98-98 at the time Referee Erasmus Owoo signalled the bout to an end.

“I have been in this sport for a while and I know what is happening. If I had completed the bout, the judges would have given the win to my opponent anyway. He uses drugs and must be tested. I didn’t want to work in vain.” Lamptey told Joy Sports.

According to him all the fans had seen his performance but alleged the judges wouldn’t have given him what he truly deserved. I have been cheated several times. This fight was made for Michael Ansah and I know it. He was using some things in his corner and I know. If he wants a fight again, let the doctors test us all and make sure everyone is clean, then we can fight but for now, I don’t want to labour in vain.”

But indeed Benjamin ‘Daddy Lumba’ Lamptey had laboured in vain because he had given Michael Ansah a tough nine rounds, making it worth a main event for the fans.

Between the first and third rounds, Benjamin Lamptey who was spotting short dreadlocks and a side shave, giving him a striking resemblance to Ghanaian highlife legend Daddy Lumba, was very technical on the night. 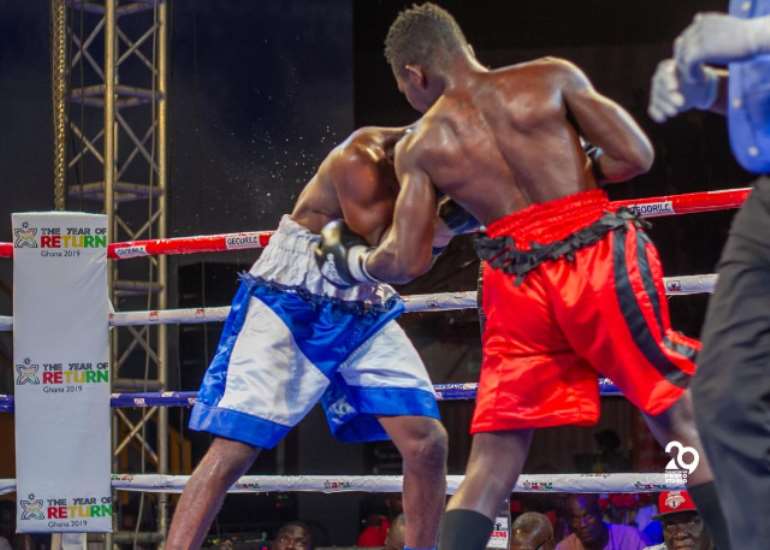 Lamptey, a former national champion at lightweight, was very accurate with his jabs and kept his up and stiff almost all the time making it very tough for Ansah to penetrate. Lamptey had a very active left and stuck some good headshots on Ansah who was yet to find his rhythm.

Lamptey also would clinch Ansah’s neck with his right immediately after landing his jabs prompting a warning from Referee Erasmus Owoo. But this hardly made any difference as Lamptey kept that strategy throughout the fight.

Ansah, also a former national champion, lifted his game in the fourth immediately after Lamptey had landed a combination of hooks to partially daze him. It was a healthy exchange which saw Ansah attack more.

Fired up from the previous round, Ansah, started the fifth with a faster pace and power and managed to land more. Lamptey returned in the sixth with his usual tight defence to counter Ansah soaring confidence and combinations. Midway through, both fighters thrilled the fans to a hot exchange but Lamptey kept his head-clinching strategy intact. At his point, Ansah had a swelling below his left eye. 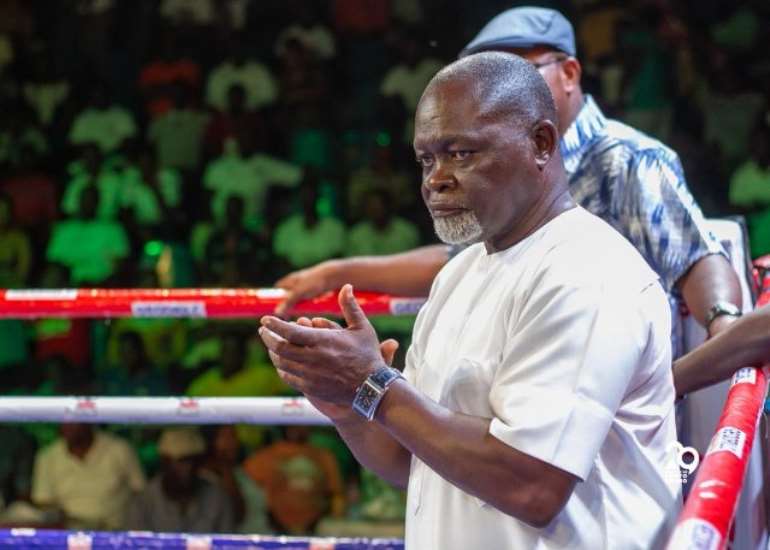 Lamptey kept his pace calculated and jabbed well but in the eighth Ansah got fans to their feet in cheers when he struck a chain of replies to penetrate Lamptey’s guard. The latter resumed the next round better organized. He threw and landed some good body shots with his head lowered and trying to catch Ansah unawares with a killer right but that was not to be. Ansah managed to sneak in a strong body shot towards the end of the round.

An argument ensued in his corner during the one-minute break. In anger he asked his trainer to remove his gloves while he remained on his corner stool, ignoring the bell for the tenth.

On the whole, it was a good night for any fan, as the other six fight provided great thrills. Felix Adjom is the new, PBC Commonwealth super featherweight title after defeating Michael Pappoe. Olympian, Manyo Plange, defeated Edward Kambazi by a fifth-round TKO in an eight-round super bantamweight contest. Musa Rahman Lawson finished his assignment against Benin’s Naimou Samson Aziz in six rounds in a super welterweight contest. Faisal ‘Puncho Power’ Abubakar stopped Bernard Adzewoda in three rounds in a lightweight bout while Delali Miledzi of the Bronx Gym won via a split decision against Ishmael Tetteh at super middleweight. The latter was returning from a year’s hiatus following a motorbike accident.

The fight night put together by Azumah Nelson Promotions, was sponsored by ABSA, GOIL, Geodrill and TT Brothers.