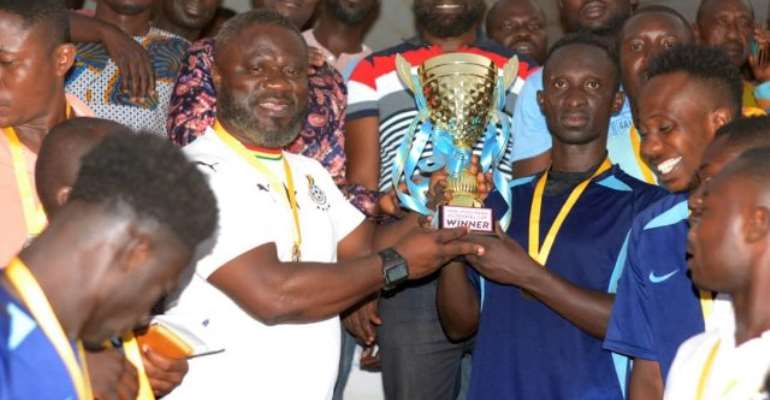 The Hon. Kwadwo Baah Agyemang Community gala crowned a new champion as Sukuumu FC and Hwidiem FC faced-off in one of the most memorable matches in Asante Akyem North's football history.

The journey to the final was far from simple for either side, however, In a game that is regarded as the battle of “the cream of Asante Akyem North football,” both teams realised the stakes were higher than ever before and so they came in prepared and put in impressive performances which saw Sukuumu FC seal a 2-0 victory. The winners produced a scintillating display of attacking football to beat Hwidiem FC. Indeed, it came down to the quality of their game plan on the day.

The final match attracted one of the biggest crowds Asante Akyem North has seen in a long time. The euphoria and sentiments of the supporters came naturally. From heartbreak to utter delirium, being a football fan during the Kwadwo Baah Agyemang Community gala was a tumultuous experience, particularly at the finals.

The Sukuumu FC vs Hwidiem FC game was one of the most anticipated matchups, and local fans were up early to show their support on Sunday. Excited and ecstatic crowds gathered at the Russia Park where supporters watched the big game since the kickoff.

The winners took home a giant trophy, gold medals and $200.00. The runners up were presented with silver medals and $100.00. Gabriel Alhassan of Sukuumu FC was awarded a pair of goalkeeper’s gloves as the best goalkeeper whilst the most promising player went to Adu Opoku Prince. He took home a brand new football.

The golden boot award went to Obeng Darko and Fobi Aggrey all of Hwidiem FC was adjudge the best player of the tournament. They were presented with brand new soccer boots and trophy respectively.

The big game is slated for 1st January, 2020 where the select side from the gala will lock horns with Dreams FC, a Ghana premier league side. It’s going to be huge. The GFA president will be in attendance.

August 4 declared public holiday in celebration of Founders ...
37 minutes ago