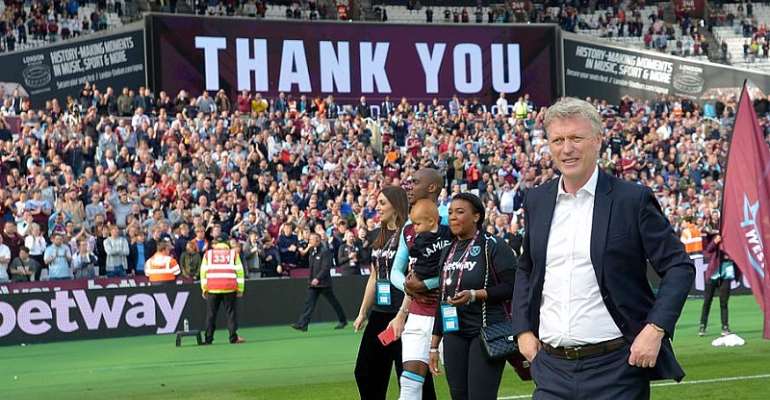 Liverpool appear to have the Premier League title wrapped up with a 13-point advantage over second-placed Leicester but the fight to avoid relegation looks like being a down to the wire tussle.

ARTETA NEEDS TO GET GUNNERS FIRING
The old adage 'too good to go down' should apply to Arsenal, who have been a fixture in the top tier since 1919/20. However, they are just six points above the drop zone and new boss Mikel Arteta would probably have preferred an easier opponent than Manchester United as he bids to win his first game after a draw and defeat in his opening two matches in charge.

The United attack will be licking their lips at the thought of giving the weak Gunners defence a thorough test with goalkeeper Bernd Leno and defenders Skohdran Mustafi and David Luiz far from reliable. Arteta will want to see more of what his side produced in the opening half-hour of the 2-1 defeat by Chelsea if they are to avoid a fifth successive home loss in all competitions -- their present run of four is their worst since 1959.

"Individual errors cost you games but I can't fault the effort, commitment and for putting in place what we practised," said Arteta.

However, with confidence at a low ebb defeat for Arsenal on Wednesday and victory for third from bottom Aston Villa at Burnley would suck them deeper into the relegation battle.

David Moyes may not be welcomed back universally by West Ham fans but if the 55-year-old saves them from relegation for a second time like he did in the 2017-18 season, before being dispensed with, then all will be forgiven. A home game for the side fourth from bottom against Bournemouth, who are just a point above them in 16th, represents a seemingly ideal first challenge.

However, their home form has been as woeful as Arsenal's with four successive defeats -- equalling their worst run in the Premier League since November 2005 -- and it would not be a surprise to see Moyes energise their attack by selecting both Michail Antonio and Sebastien Haller.

The Cherries have largely escaped attention in their terrible run -- just one win in nine -- but the pressure may begin to mount on Eddie Howe with a defeat.

"It feels great to be home," said Moyes. "I feel like I've got unfinished business."

Nigel Pearson engineered a remarkable rescue act for Leicester in the 2014-15 season -- at the time they were only the third side to escape the drop having been bottom at Christmas -- arguably laying the foundations for their even more miraculous title win the following campaign.

The 56-year-old -- who was relieved of his duties prior to the league winning season -- could be on course to do the same for second from bottom Watford. Their third manager this term has guided them to two wins and a draw in four matches since taking over.

This new-found confidence was reflected in easing to a 3-0 win over third from bottom Aston Villa on Saturday -- scoring two of their goals after they had been reduced to 10 men -- and this will be a much-needed weapon when they host Wolverhampton Wanderers.

Wolves arrive sitting pretty in seventh place and on the back of an impressive win over champions Manchester City and considered unlucky to have lost to Liverpool on Sunday.

Pearson for his part will be looking for more of the same of what he witnessed against Villa: "We showed good intensity. We showed incredible unity on the pitch and bench. We have to make sure that remains high on our agenda -- to keep the players together."