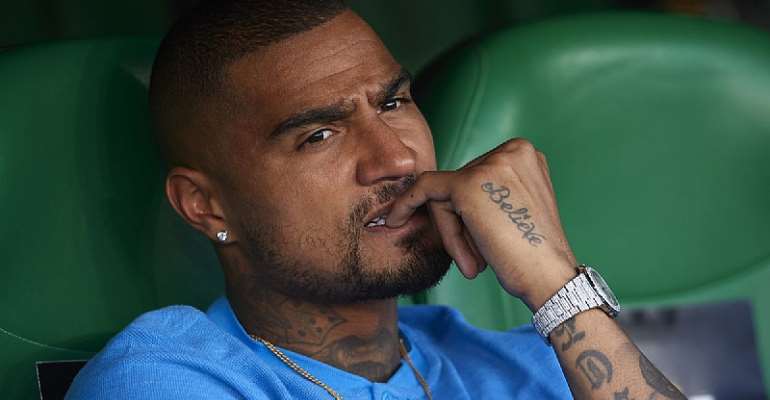 Ghana forward, Kevin-Prince Boateng believes ‘football is no longer fun for me’ and blamed the ‘curse’ of money.

Speaking to Diario AS, the 32-year-old blamed young players for only thinking about playing PlayStation and using social media app Instagram.

Boateng joined the Catalan giants on a loan deal until the end of the 2018/19 campaign in January while the Spanish champions held the €8m clause to sign the player permanently.

However, Barcelona did not exercise that option and he instead moved to Italian side Fiorentina - where he has scored once in 13 appearances to date this campaign.

“Football is a business and players are numbers. If you don't give up, you will be replaced. It's simple. There is no loyalty and it's sad,” Boateng told reporters.

“It would be interesting to see a survey to find out which players still like to train and who enjoys playing. It's a job for professionals. The pressure is enormous and it causes depression. There are times that I have fun playing and other times when I do not.

“Young players don't work their talent and I know what it means to throw it (the talent) away and even several times. Some drive their Mercedes when they’re aged 19 and they already appear so talented that they do nothing to improve.

“Without extra training, nothing. They think about playing Playstation and they use Instagram. The last ones to arrive at training and then the first ones to leave. I think football has changed, just like society.”

Boateng featured in just four matches for the Blaugrana and played a total of 303 minutes but failed to make an impact and was largely an unused substitute throughout his stint at the Camp Nou.

The 32-year-old joined the Sassuolo from Eintracht Frankfurt this summer and had scored five goals in 15 appearances for the club before his January move to the Catalan capital.

Boateng has featured 12 times for Fiorentina with only a goal to his credit.

#FixTheCountry campaign goes international with over 500,000...
35 minutes ago