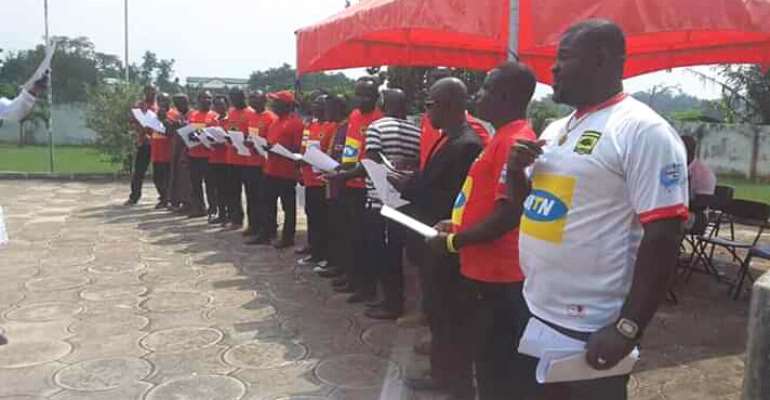 Humanitarian and Business mogul Christopher Damenya known as DeChris pulled out 209 of the total 329 votes cast where his contender, Solomon Ofosu Ware had 118 with 2 votes rejected in Kotoko NCC election last month.

Christopher Damenya and togetherness with his twenty executive members took the oath of the office concealment marking of a successful transition of potency.

Christopher Damenya in his speech beseeched with the out-going executives to be present in all activities and help to raise flag of Kumasi Asante Kotoko Sporting Club and successful tenure of office and also called on rank of the supporter's group to come on board for the restoration and development.

"I would want to thank Chairman Kwaku Amponsah and his executives for a successful transition after their term of office.

"We here for progress, development and restoration of the circle, let's come together as a strong family with our difference and make Kotoko great again, He told his newly Executive Members."

The following are the new National Circles Council Executive Members with their respective portfolios.