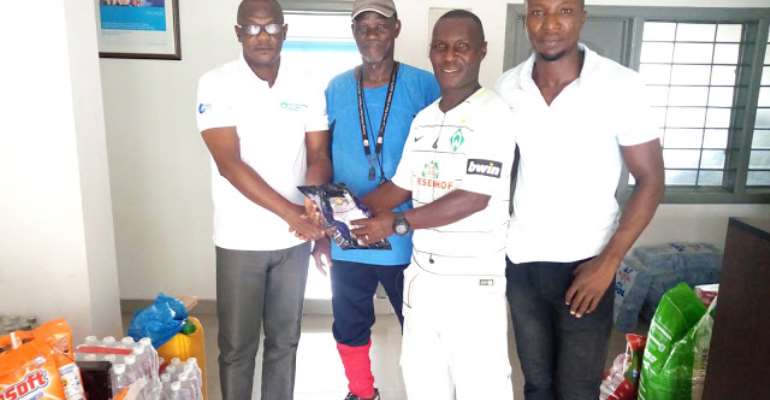 Ghanaian attacker Jonah Osabutey has made a donation to the Tema SOS Children's Village as a way of giving back to society.

The Werder Bremen striker who is currently on-loan at Belgium Pro League side Royal Mouscoron decided to make merry in the Christmas period to touch the lives of children living in the SOS Village.

Due to the ongoing season in Belgium, he designated his former coach at Tema Youth and at colts level Edward Nii Odoom, as well as his senior brother, Isaiah Osabutey to make the donation on his behalf.

The items donated to the Tema SOS Children’s Village include bags of rice, cooking oil, soft drinks, and toiletries.

This is the second time such Jonah Osabutey has extended the gesture to the village. The first happened last year during the festive season with similar items being given out.