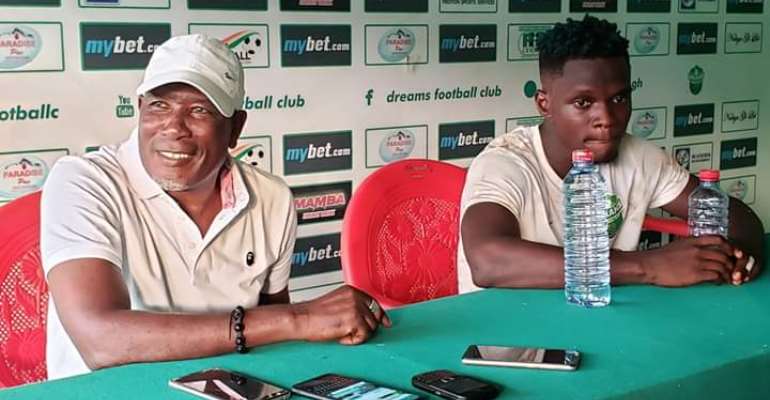 Head coach for Dreams FC, Karim Zito has shared his delight to his team’s 4-1 win against King Faisal on the opening weekend of the 2019/2020 Ghana Premier League season.

The Still Believe lads put up a good show at the Dawu Park on Sunday afternoon as they humbled their opponent from Kumasi. A brace from Emmanuel Ocran unsettled the guests before Dreams FC eventually went on to win by four goals to one.

In his post-match press conference, Karim Zito who is the coach for the winners shared, “I’m very happy we’ve won by 4-1. Every first game of the season is very difficult”.

He added, “Most of our players are new to the Premier League. But I’m very content they put up such performance on their debut”.

The gaffer who was clearly over the moon further noted that Dreams FC showed with their performance that they were better and well prepared than King Faisal.

“Comparably it was very clear that we were far ahead of them, we started our preparation very early. Because most of the players were playing their debut in the league, they put up a good performance in trying to secure their positions”, he said.

Up next for Coach Karim Zito and his Dreams FC side, they will play away to Techiman Eleven Wonders on Match Week 2 of the 2019/2020 Ghana Premier League season.