Hearts of Oak Apologize To Supporters After Chelsea Defeat; Pledges To Return To Winning Ways 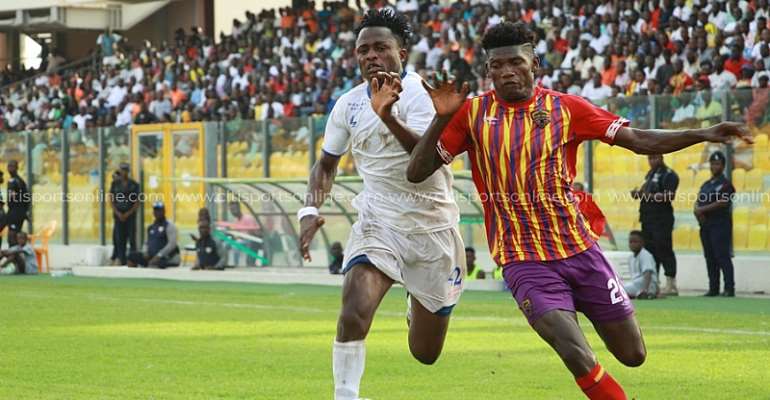 Hearts of Oak started their 2019/2020 Ghana Premier League campaign on a sour note losing 1-0 to a tough Berekum Chelsea side at the Accra Sports Stadium.

The Phobians went close on a couple of occasions in the opening embers of the game, but good goalkeeping from Chelsea goalkeeper Ibrahim Danlad kept the Phobians at bay.

Chelsea who were proving to be a tough nut to crack shot into the lead after 34 minutes, after Jonah Attuquaye‘s Shot was deflected Hearts goalkeeper Richmond Ayi.

The visitors managed to hold on till the break, despite Hearts going close on a couple of occasions.

Hearts head coach Kim Grant made a change soon after the restart, with forward Kofi Kordzi coming on for Aminu Alhassan.

Kordzi proved to be a handful for the Berekum Chelsea defense and went close on a couple of occasions, most notably on the 80-minute mark when he struck the woodwork with a shot from distance.

The result is certainly not the way the Phobians would have wanted to start the season and will be seeking to make amends on matchday 2 against Medeama.

Supporters have called for the sacking of coach Kim Grant after the stunning defeat.

However, the club have apologized to the supporters of the club and have assured they will return to winning ways against Medeama SC.

Witness confirms Dampare’s involvement in the arrest of Abua...
39 minutes ago