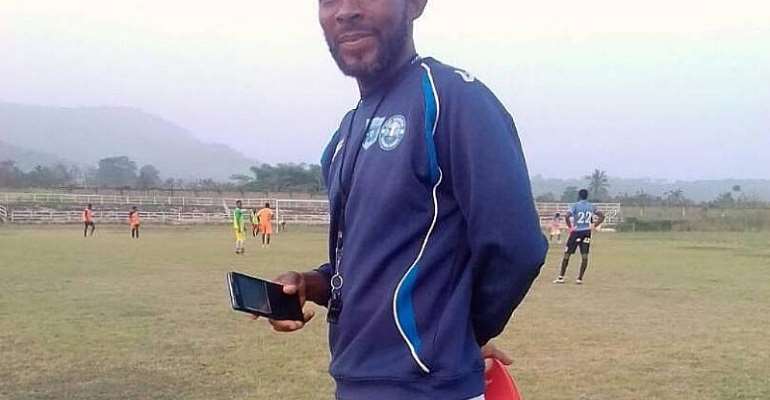 Head coach of Liberty Professionals, David Ocloo has called on his players to bounce back to winning ways against Chelsea after stalemate with Legon Cities FC at home.

The Scientific Soccer Lads were 2-0 down on Sunday but Michael Amapadu and Elvis Kyei Baffour scored to get a point for them in the matchday one of the 2019/20 Ghana Premier League.

According to him, they were sluggish in the first half during their 2-2 draw with Legon Cities FC and it is something they must take a critical look at ahead of their next game with Berekum Chelsea.

“The first half we didn’t come to the party, we did not defend well but the second half our transition was good and we played well as the transition was swift and we were able to hold on to the ball,” Ocloo told the media.