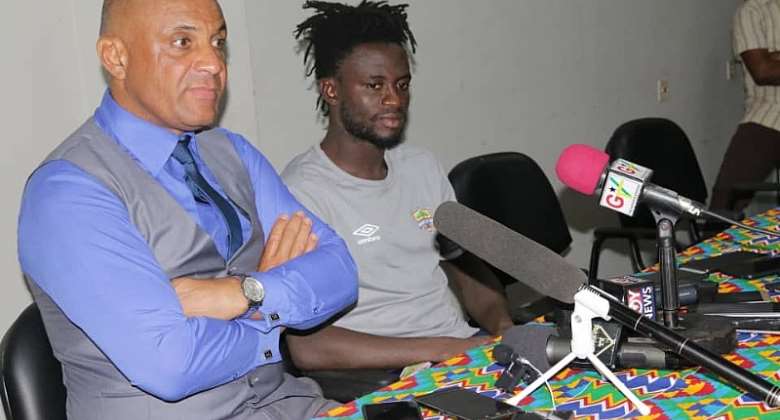 Head coach for Accra Hearts of Oak, Kim Grant has bemoaned his team’s 1-0 defeat to Berekum Chelsea in the opening weekend to the 2019/2020 Ghana Premier League season.

The Phobians were hoping to record their first win of the season on Sunday afternoon when they hosted Berekum Chelsea at the Accra Sports Stadium. The away team, however, put up a good performance and posted a painful 1-0 win over the Rainbow lads.

In his post-match conference, Hearts of Oak manager Kim Grant says he is hurt by the defeat personally and also for the fact that the team couldn’t win at home for the supporters.

“We have got 36 games, its 35 games now, and it is a long way to go. I am hurting because of the defeat and also hurting because it is our first home game for the supporters. But I believe that the players gave everything”, the gaffer said.

He added, “We have lost today. What we are going to do is to try and prepare for the next game which is important”.

He further emphasized that Hearts of Oak will go into its next match against Medeama SC to try and record its first win of the Ghana Premier League season.

“Next week we are going to go there and try and win the game because we need to win”, coach Kim Grant said.