GPL: I Am Confident Of Being Successful With Hearts of Oak, Kim Grant 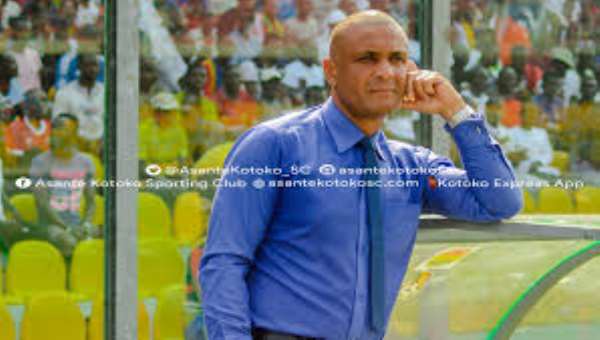 Under-fire coach of Hearts of Oak, Kim Grant, has expressed his belief that he will be successful at the club despite their 1-0 loss to Berekum Chelsea in the opener of the 2019/20 Ghana Premier League (GPL) at the Accra Sports Stadium.

Jonah Attuquaye sank the Phobians on home turf on Sunday with many fans calling for his dismissal after the game.

But the former Ebusua Dwarfs technical director who is looking to end the 10-year trophy-less drought of the club, says he is calm and will take every game by game adding that he is focused on the job and looking forward to making amends in the next game.

“I’m going to take each game as it comes but if the board decides to take any decision that is up to them but I am here to work and be successful at this football club.

“I’m working very hard and the boys are also working hard, nobody wants to lose a football match but unfortunately we lose today but I believed we played very well with 70% of the possession and more chances than they had but we have to move on,'' he said in a post-match interview.

Hearts would travel to Tarkwa to face Medeama in their second match of the season as they look to bounce back to winning ways.