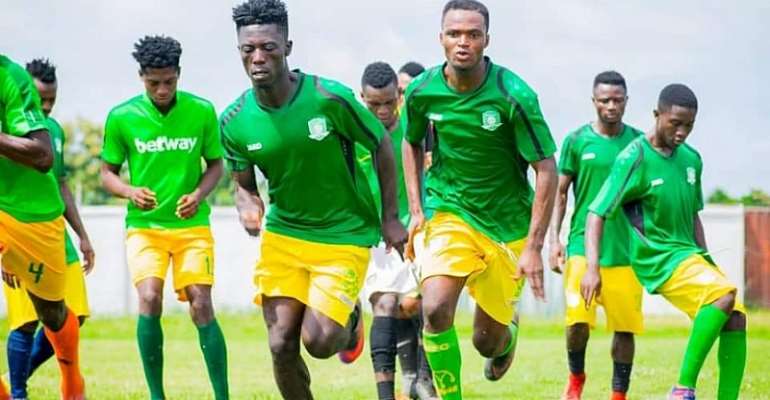 Aduana Stars' left-back, Justice Anane has expressed his believes that his side have the requisite to win the 2019/20 Ghana Premier League season.

The 'Ogya Lads' opened the season with an emphatic 4:1 win over Inter Allies at the Dormaa Park on Sunday.

And according to him, the avalanche of talents at the club's disposal are enough motivation to compete with the other competitors.

"We (Aduana Stars) can't be underestimated as far as the championship race is concerned. Our resounding victory over Inter Allies should jolt all our doubters out of that belief," he told kickgh.com

"The club is endowed with a lot of talents in every department thus breeding competition among the playing body.

"The technical team successfully transitioned the new players perfectly. We play as a unit with each player executing all assigned roles and responsibilities perfectly and that has made us a force to reckon with.

"Aduana Stars will shine. I am of the conviction that we will win the league.

"The spirit is stirred and things are beginning to assert," he ended.