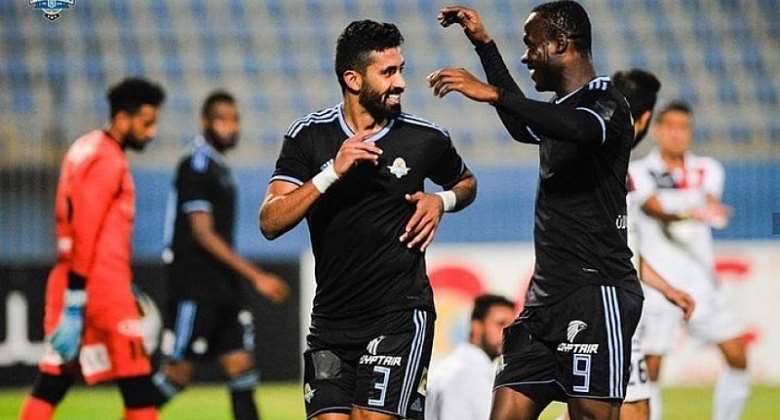 Pyramids FC extended their unbeaten streak in the group stages of the competition to three with their 2-1 away win over Al Marsy.

After a barren cagey first half that saw both sides playing cautiously, Pyramids took the lead nine minutes after the break.

Veteran Abdullah Elsaid sent a long ball to Islam Essa, whose low cross found Ghanaian John Antwi who tapped the ball past Ahmed Massoud in goal for the hosts before Simpore Saidou levelled from the spot on the 74th minute.

On the 83rd minute, El Gabbas snatched the match-winner for Pyramids FC to keep them on top of Group A after match-day three.

The Ghana international lasted for 81 minutes.
The former Hearts of Oak and Dreams FC forward has scored two goals with an assist in his five appearances for Pyramids FC in the ongoing CAF Confederation Cup.