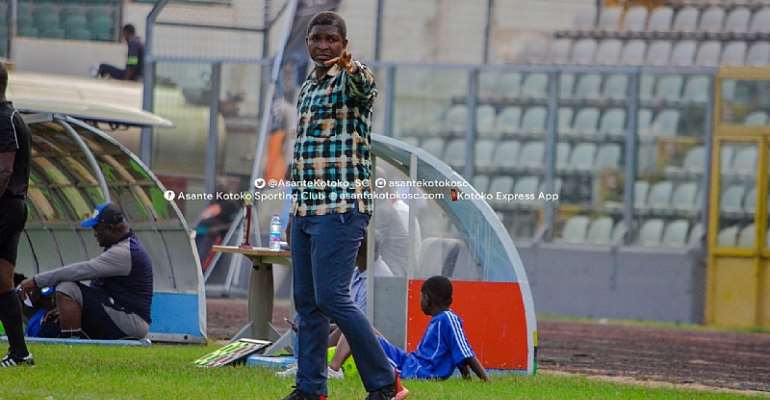 Head coach of Asante Kotoko, Maxwell Konadu is convinced his side put up signs of a good team despite their slim victory over Eleven Wonders in the 2019/2020 Ghana Premier League opener.

The Porcupine Warriors recorded a 1:0 victory over the Eleven Wonders at the Baba Yara Sports Stadium on Sunday.

Midfielder Justice Blay's powerful header in the 3rd minute of the first half sealed the win for the home side.

According to coach Maxwell Konadu, the visitors were much stronger than Kotoko in the second department of the match but he believes his side showed signs to become a good team.

"The game was very difficult. We understand because it's the first match of the season. From last week, we planned what we wanted to play. Initially, things went well but eventually, we were not able to score more goals," Coach Maxwell Konadu told reporters after the game.

"I think Eleven Wonders came in much stronger in the second half than we did. It wasn't an easy match but it's a sign of a good team. On a bad but we still managed to pull a win. I think that's good on our side," he ended.

Kotoko will travel to play Lagon Cities in the match-day two of the 2019/2020 Ghana Premier League season.