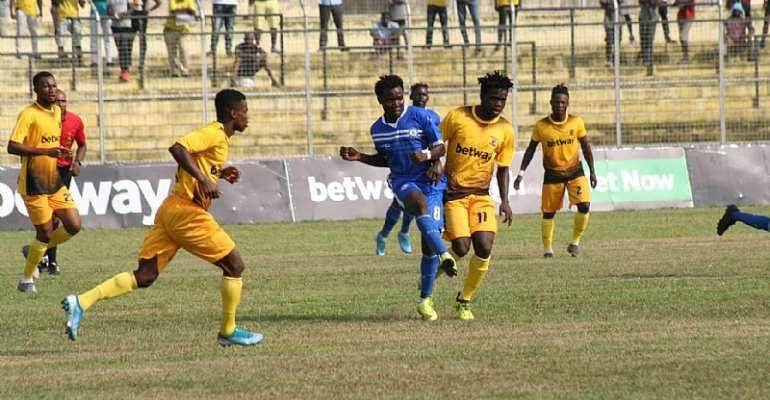 Obuasi Ashanti Gold kicked off its campaign in the 2019/2020 Ghana Premier League season with an emphatic 3-0 win over reinstated Accra Great Olympics earlier this afternoon.

Nicknamed the Miners, the side hosted the Accra-based side at the Obuasi Len Clay Sports Stadium to fight for 3 points on the opening weekend of the top-flight league.

Two first half goals from defender Mubarik Yussif and Amos Addai on the 18th and 37th minute respectively handed Ashanti Gold a two goal cushion to take into the break.

They continued to dominate in the second half and netted their insurance goal on the 69th minute courtesy an effort from inspirational captain Shafiu Mumuni who converted a penalty kick.

Despite making the effort to get something out of the match, Great Olympics could not make inroads as they suffered a disappointing 3-0 defeat away from home to the Premier League giant.