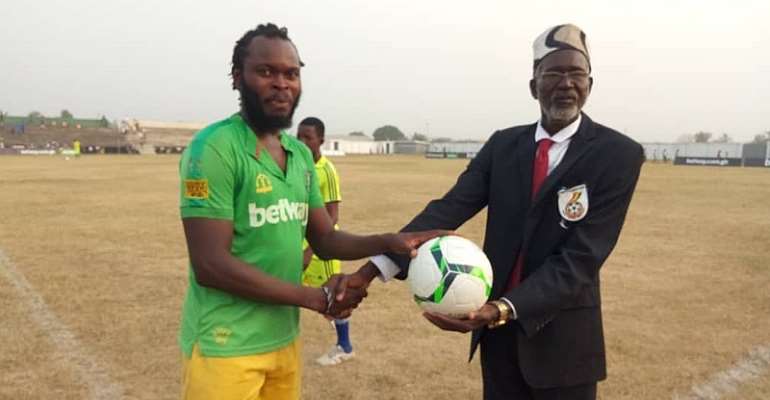 Experienced striker Yahaya Mohammed has been named the ‘Man of the Match after impressing for Aduana Stars in their 4-0 big win against Inter Allies on the opening weekend of the 2019/2020 Ghana Premier League season.

The Dormaa-based side welcomed their opponent from Tema to the Nana Agyemang Badu Park today to begin their campaign in this year’s top-flight competition.

At the end of what appeared to be a one-sided game, Aduana Stars run away with all 3 points as they humiliated Inter Allies.

The hero of the match for the Fire lads was veteran Yahaya Mohammed who has proven that he still has the finishing touch to deliver in the Ghana Premier League.

He bagged a brace in the first half before adding a third goal in the second half to complete his hat-trick.

Late in the game, Justice Anane also got on the scoresheet to hand Aduana Stars a resounding 4-0 win against Inter Allies.

Yahaya Mohammed after stealing the show in Dormaa has been adjudged the ‘Man of the Match’ of the game as he makes headlines on the opening weekend of the season.