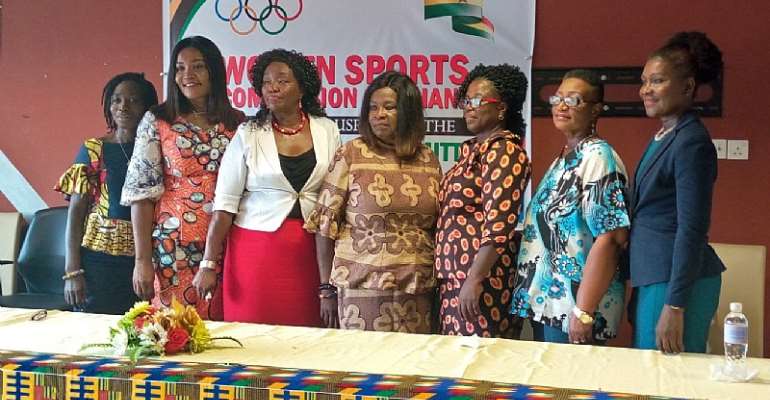 Speaking at the inauguration ceremony held at the Theodocia Okoh National Hockey Pitch Conference Hall, Mr. Ben Nunoo-Mensah, President of the GOC said, promoting gender equality requires a good strategy and urged the Commission to prioritize equal opportunities at the grassroots level, as a key foundation to increase participation of young girls and women in sports and deliver more opportunities for leadership and growth.

According to the President, the WSCG would advise the GOC on the development and implementation of women in sports strategy, advocacy for increased participation of women athletes in the Olympic program and in leadership positions in the Olympic Movement, promoting the rights and well-being of women and girls in and through sports and greater access to sports for girls and women.

Mr. Nunno-Mensah said, the Commission would help the GOC to support the development of women skills in management and leadership within the Olympic Movement and also support local projects which would benefit girls and women in sports.

“I have no doubts the capabilities of all the women on the Commission to deliver on these set of goals of the IOC,” he said.

Hon. Isaac Kwame Asiamah, the Minister of Youth and Sports in an address read on his behalf said, the formation of the Commission signifies the new era of sports development where women in sports in Ghana will be offered the opportunity to ensure development of sports governance in the country.

The Minister entreated the members on the commission to liaise with the National Sports Policy Review Committee to ensure that issues relating to gender equality were adequately addressed in the new national sports policy.

“My ministry place key interest in the participation of women and girls in sports due to the numerous benefits such as influencing self-confidences, body awareness, and team-work and communication skills among others.

“I challenge members on the WSCG to develop a national strategy to drive the promotion of gender equality in sports. There is also a need for capacity building that will also increase numbers of women in leadership position to enhance women in sports decision making”, he said.

The Women’s Commission has Madam Elizabeth King as the Chairperson, and includes Sports Journalist Rosalind Amoh, and the Executive Director of the Women in Sports Association (WISA) Gloria Commodore.

Others on the Commission are Dr. Mabel Aboah, Dr. Harriet Amui, and Mrs. Joyce Mahama, president of WOSPAG.

They have been tasked to serve as an advisory body to the GOC on girls’ development and women participation in sports.