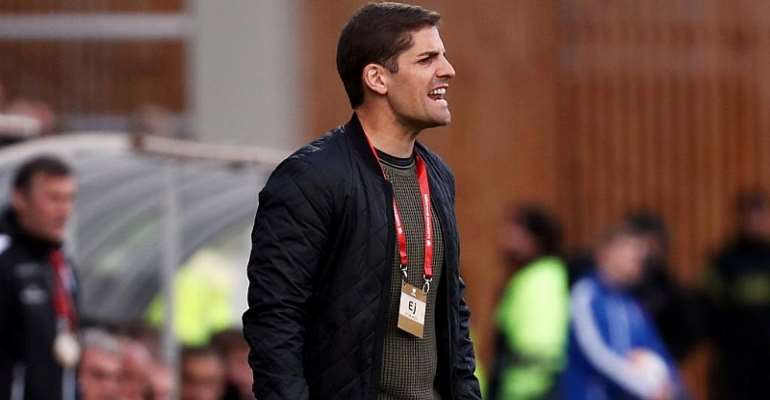 Monaco will take on champions Paris Saint-Germain on 12 January with Roberto Moreno at the helm, after Leonardo Jardim was sacked as coach on Saturday night.

"We are very happy to announce the arrival of Roberto Moreno," Monaco's vice-president Oleg Petrov said on the club's website. "We believe in him and his ability to bring success to the team."

Moreno, 42, guided Spain to Euro 2020 while standing in for coach Luiz Enriqué who took time away from the position to take care of his daughter who was dying of cancer.

Jardim's departure comes as a surprise. Monaco collected three points from the first six games of the 2019/2020 campaign but five wins in six helped steady the ship in the championship and moved them into seventh place.

Challenge
Though they are 17 points behind the pacesetters PSG, they are only five points off third spot which leads to a place in next season's Uefa Champions League.

A poor display in a 3-0 home defeat against Lille in the League Cup on 17 December is believed to have resurrected doubts about Jardim's future even though Monaco beat the same opposition 5-1 in the league four days later.

The decision to dispense with Jardim for a second time caps a see-saw year for the 45-year-old Portuguese.

He was reappointed in January 2019 three months after he was fired following a spate of poor results. His replacement, Thierry Henry, fared even worse and he was dismissed as Monaco wedged themselves near the relegation zone of Ligue 1.

Summer spending
Jardim's return led to a resurgence and the 2017 champions survived the drop. Club owners then backed him with 130 million euros worth of spending during the summer.

In more consistent times, Jardim led Monaco to the French title and a Champions League semi-final in 2017. After those triumphs, club bosses allowed nearly 500 million euros worth of talent to go.