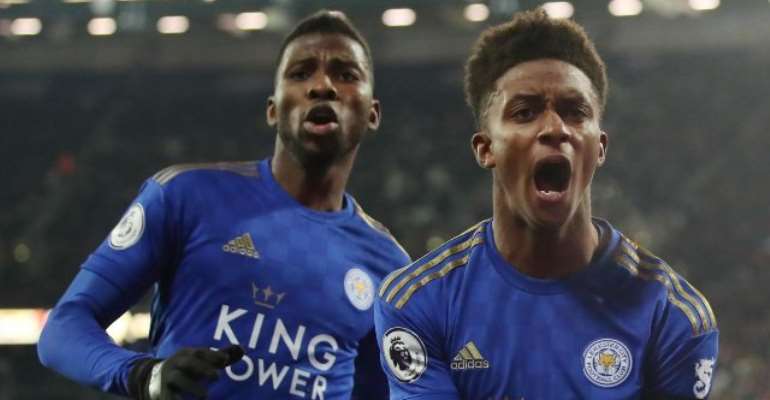 Leicester are now 10 points behind league leaders Liverpool after Kelechi Iheanacho and Demarai Gray score in a 2-1 victory over West Ham at the London Stadium.

With Jamie Vardy absent to celebrate the birth of his third child, Iheanacho started in his place as Brendan Rodgers made nine changes to his starting XI that lost 4-0 to Liverpool on Boxing Day.

But Iheanacho broke the deadlock for the visitors in the 40th minute with a point-blank header, before Pablo Fornals swept in West Ham's equaliser on the stroke of half-time.

Leicester retook the lead in the 56th minute when Demarai Gray finished off a quick counter-attack spearheaded by Ayoze Perez.

The result means Leicester reduce Liverpool's lead at the top slightly, although the Merseyside club have two games in hand.

West Ham, meanwhile, are now just one point off the relegation zone in 17th as the pressure continues to mount on Manuel Pellegrini following the Hammers' fourth straight home defeat.