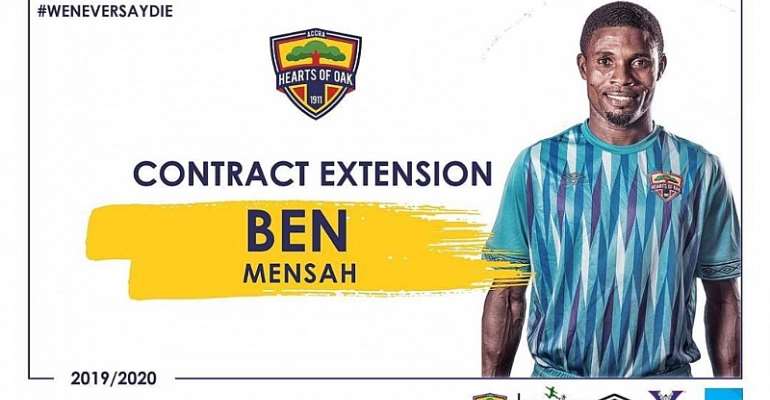 Goalkeeper Ben Mensah has signed a contract extension at Accra Hearts of Oak ahead of the opening weekend of the 2019/2020 Ghana Premier League (GPL) season.

The experienced shot-stopper has been with the Phobians since 2016 when he secured a transfer to the Accra-based club from New Edubiase.

In the past year, he has lost his position to highly-rated young goalkeeper Richmond Ayi who joined from West Africa Football Academy (WAFA) in November 2018.

With the recent acquisition of former Elmina Sharks goalie Richard Attah, Ben Mensah has become the third-choice goalkeeper for Accra Hearts of Oak.

He is however considered as an important member of Kim Grant’s squad and has been given a contract extension as the side goes into the upcoming Ghana Premier League season.

Though he might not get to play as many matches, Ben Mensah will likely get his chances during the season.

Meanwhile, Accra Hearts of Oak is set to play its first match of the season against Berekum Chelsea tomorrow at the Accra Sports Stadium. Kick-off is at 15:00GMT.