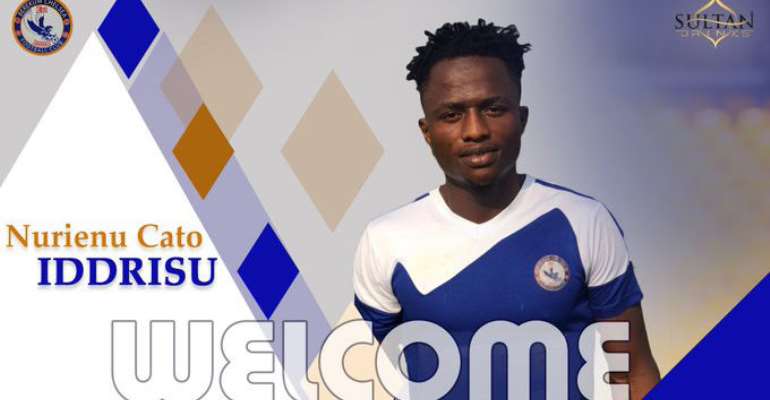 Ghana Premier League outfit, Berekum Chelsea have confirmed the signing of Nureini Cato Iddrisu ahead of the new season’s kick-off.

The young striker joins the Bibires family from a division one side Nsoatreman FC on a year deal.

An official statement from the club reads.

“Berekum Chelsea signs striker Nureini Cato Iddrisu from division one side Nsoatreman FC on a year deal”. The Club confirms;

Cato if selected could make his debut when Berekum Chelsea play as a guest to Hearts of Oak in the Premier League opener on Sunday.