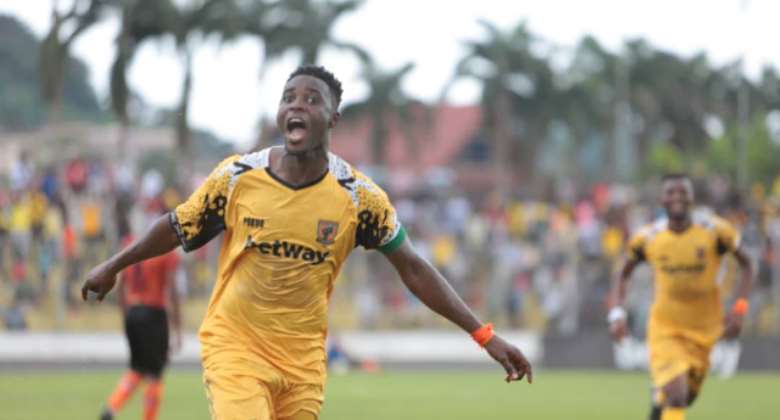 With the new Ghana Premier League campaign just a few hours away, each of the 18 teams to feature in next season's competition is rounding up preparations.

In the next six months, the matches will be taking place at the length and breadth of Ghana as football takes centre stage.

After a year out, players will be eager to make up on the lost ground as the season unfolds.

We take a look at 10 key players who will be hoping to illuminate this season.

Joseph Esso has enjoyed a wonderful year. The striker was influential, scoring four goals as Hearts of Oak made it to the NC Special Competition semi-finals. He also impressed for the Black Stars B, who reached the final of WAFU Nations Cup.

He is expected to replicate the impressive performance when the season commences. A lot will depend on him if Hearts is to stage a fight for the title.

The only local player who travelled to Egypt for the 2019 Africa Cup of Nations. Annan is undoubtedly the best goalkeeper in the country with his consistent performance in recent years setting him apart.

He has been the Porcupine Warriors' safest pair of hands in the last three years. He has contributed enormously to the club’s success on the local scene – winning FA Cup and NC special competition – as well as impressive run in Africa last year.

Kotoko has prioritised the league as it aims to go back to Africa. To win the league title, Annan’s influence will be vital.

Yahaya Mohammed is counted among the best in the league. His consistency in the past six years has come in handy for the clubs he’s represented. From Kotoko to Amidaus, back to Kotoko and now with Aduana Stars.

The 30-year-old has won three league titles and has featured prominently in the goal scorer’s chart since he converted from a midfielder to a striker.

Shafiu Mumuni – AshantiGold
Many connoisseurs of the league have tipped him to challenge for the golden boost and it is not farfetched due to his exploits this year.

He ended the year with a merited Black Stars call-up. This is after starring in Ashanti Gold’s CAF Confederation Cup campaign, their NC special competition tier-II triumph and Black Stars B run to the final of the WAFU Nations Cup. He scored a total of 13 goals in all competitions.

Diawise Taylor has a point to prove in the league after having excelled in the NC special competition.

The 19-year-old emerged as the top scorer of the tournament with nine goals. He has to prove that he is not a one-time hit in the league as Karela United aim for a respectable finish on the table.

Emmanuel Clottey has made a return to his boyhood club, Olympics 10 years since his departure and they will be counting on him.

Olympics have targeted a top-half finish. A target which will be difficult to achieve without Clottey in top form. Clottey will use his experience to influence matches in Olympics’ favour.

The midfielder has proven that he was worth the hype during his days at Medeama. Since making the switch to Kotoko, Blay has established himself as the best midfielder in the country and will be eager to continue impressing.

He comes into the season in top shape, having performed consistently for Kotoko and Black Stars B.

After impressing for Hearts of Oak in the NC special competition, the Phobians will be counting on him to deliver his best this season. Bonney netted four goals, the most by any defender in the novelty competition.

Bonney also has league experience, having featured in the competition since 2013.

WAFA will be challenging for a top-four finish and Lomotey will be key to that. The 20-year-old is one of the proven goal scorers in the league.

He has scored an average of 10 goals in each of the last two seasons.

The pacey winger will be looking forward to another wonderful season. Gyamfi’s quality is never in doubt and he barely puts a foot wrong when he plays.

Kotoko will count on him to feed strikers to score the goals.