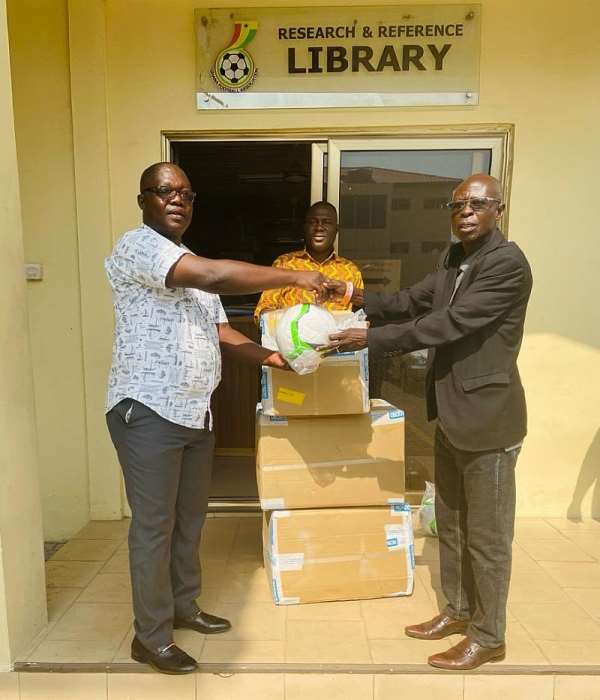 The Ghana Football Association (GFA) has presented the official match-day footballs to the eighteen premier league clubs participating in the 2019/2020 season at the GFA secretariat, Accra.

This gesture by the GFA is to equip clubs and also help them prepare for the upcoming football season which will commence this weekend.

General Manager of Elmina Sharks Mr. George Wiredu and Mr. Elvis Opoku of Aduana SC were all at the GFA Secretariat on Friday morning to receive the balls on behalf of their respective clubs with other club officials expected to pick up their balls.

Each Premier League club will receive an initial tranche of 20 balls out of a total number of 50 balls for the season.

Meanwhile, Women’s Premier League clubs also received a similar gesture from the Association with all female clubs receiving a first tranche of 20 matchday balls from the GFA out of a total of 40 balls for the season.

The 18-club Ghana Premier League will kick off simultaneously at 3pm on Sunday, December 29 with the Women’s league and Division One Leagues set to kick off next year.

It’s beyond debate; Akufo-Addo has completely mismanaged Gha...
3 minutes ago

My morale is down – Angry Inspector reacts to mass promotion...
7 minutes ago