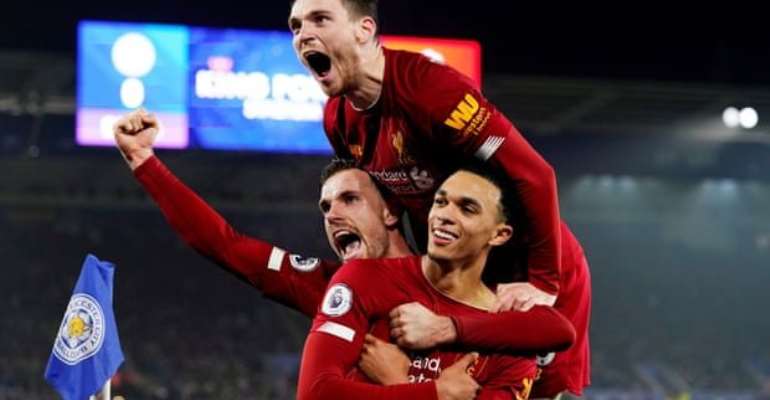 Liverpool tightened their grip on the Premier League title race even further as they produced a masterclass to overpower nearest challengers Leicester City at The King Power Stadium to extend their lead to an imposing 13 points.

Jurgen Klopp's side started the match 10 points clear of the Foxes with a game in hand - then produced a performance of such stature and dominance it is almost impossible to see how they will not claim their first title in 30 years.

Liverpool's slender half-time lead, courtesy of Roberto Firmino's header from a magnificent Trent Alexander-Arnold cross, did not reflect their superiority - but they turned this into a powerful statement victory after the break.

Leicester were enjoying their best spell when Caglar Soyuncu handled in the 71st minute, and substitute James Milner scored from the spot with his first touch seconds after coming on.

Liverpool added the flourishes their magnificent display deserved when Alexander-Arnold set up another for Firmino, who scored with a cool finish, before the England defender got his own reward with a thumping right-foot angled finish.

The leaders have now dropped only two points from their first 18 games and, having lost only one league game last season, it would take a collapse of unthinkable proportions from an outstanding team to cast this huge advantage aside.