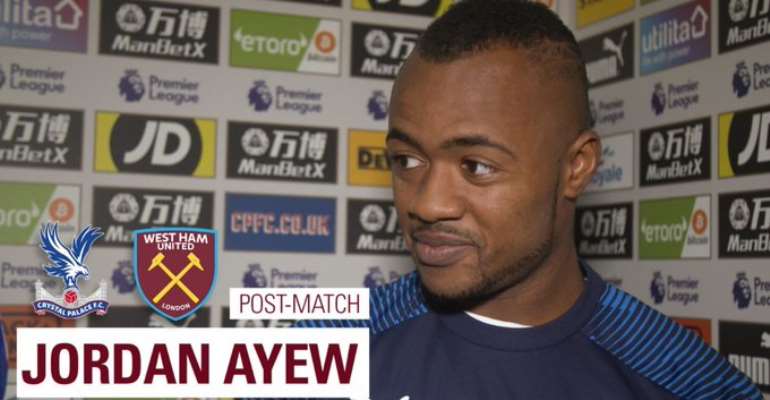 Ghana forward, Jordan Ayew has set another Premier League record after his sensational striker against West Ham on Boxing Day.

The 28-year-old scored the winner as his side fought back to win 2:1 against the Hammers at Selhurst Park.

However, the former Aston Villa's forward strike took his tally to 21 goals in the English top-flight (with 20 coming in the second half).

The strike was a beauty to behold as he drove into the box from wide, cheekily beating three defenders in the process, before effortlessly dinking the ball over onrushing goalkeeper Roberto Jimenez.

He also provided an assist for Cheikhou Kouyate's equaliser after Palace fell behind through Robert Snodgrass' opener for West Ham.

The three points have taken The Eagles to eighth on the league table.

Palace will now be hosted by Southampton on Saturday.