Ghana Premier League Finally Gets To Kick Off Sunday 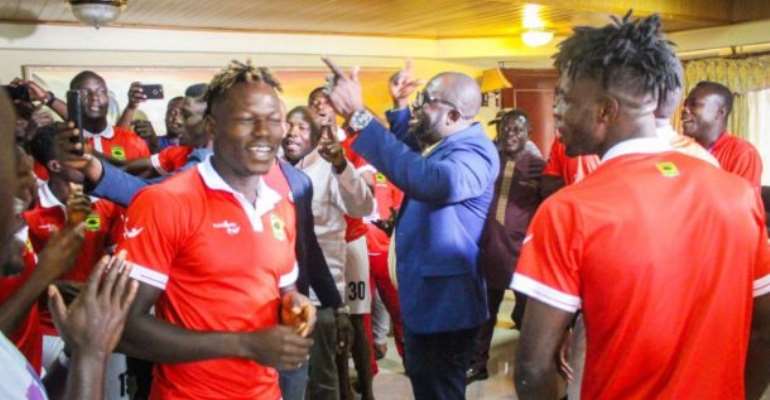 Ghana is making a historic return to league football on Sunday, December 29 when the Ghana Premier League 2019-2020 season kicks off at nine centres to usher in a reborn national passion.

The matches to kick off simultaneously at 3pm at all the centres mark a long-awaited yet bold return to regrow the local game that for years remained the passion of the nation until corruption exposures scuppered appetites.

As the Kurt Edwin Simeon-Okraku-led GFA administration attempts to lead the redemption onslaught, all eyes will be on particularly two key inputs of association football – officiating and fan comfort, vis a vis safety and security.

How as a nation we came to agree that match security will best be catered for in the hands of Home Teams beats the imagination. So disgusting can it get that violent elements within support bases of some home teams can brazenly bar specific opposing fans from attending matches. A better option lies in leaving security matters in the hands of the security agencies.

Then there is almighty officiating, and how the new leaders will deal effectively with poor performances and allegations of corruption in the game. Effects of the Anas-led corruption investigations have left the local game rather fragile, and no one should be spared who seeks to deliver a final blow. Officiating officials, club administrators, players, fans and all who break the rules or foul the laws must be made to face the music and promptly too.

And it appears expectations of teams and individual players should be measured – with the long stay away from competitive games, action and excitement may be slow in building up.